Today Nick Clegg has revealed Labour's secret plans to scrap half a million apprentices because they think they are 'deadweight'.

In the strongest signal yet that Labour can't be trusted to build a stronger economy, the plans would make it harder for young people to find good, well-paid jobs, and would damage the skills base in the British economy.

In a little-publicised paper written by the party, they propose to scrap Intermediate (level 2) Apprenticeships, replacing them with a downgraded "traineeship".

Labour claim that Intermediate Apprenticeships have "devalued" the apprenticeship brand and are "of no value to either employers or learners" and that scrapping them "would minimise 'deadweight'".

The Liberal Democrats, the party most in favour of apprenticeships, have strongly condemned the plans.

While Liberal Democrat ministers such as Vince Cable have created record numbers of apprentices, seeing over 1.6 million apprentices start since 2010, Labour's plans would pull the rug from under the feet of a generation of young people. 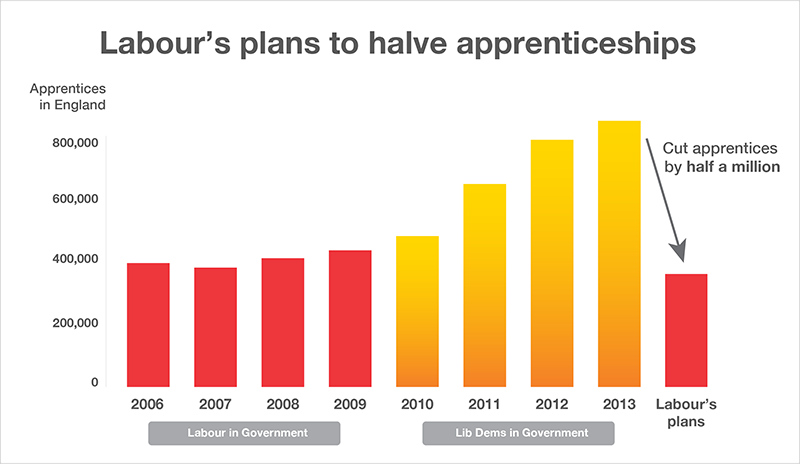