Tax-free childcare increased to £2000 per child

A major new childcare package to help millions of parents with the cost of living and give children the best possible start in life was unveiled by Nick Clegg today.

The new tax-free childcare scheme, announced by the Liberal Democrats last year, will be increased from £1,200 to £2,000 per child and the scheme will be brought forward to Autumn 2015.

Those working part-time, on maternity leave or starting their own business will also be eligible for support with their childcare costs. 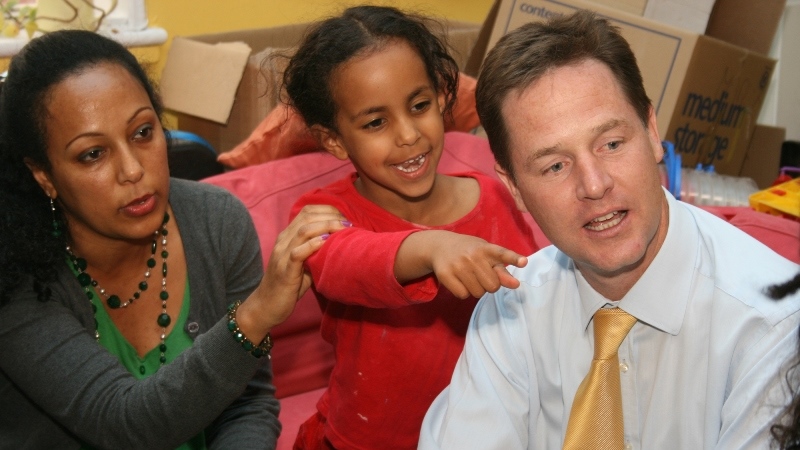 Nick Clegg also announced a £50 million extension of the Lib Dem Pupil Premium to help the most disadvantaged early years children. This Early Years Pupil Premium can be spent by providers how they see fit - they could for example employ more highly qualified staff, or increase access to services such as speech and language specialists.

At the same time, the Coalition Government is making sure people on Universal Credit will get 85% of childcare cost fully covered. For 300,000 families, this will make sure work always pays, helping more families move off of benefits and into employment.

"All children deserve the best start in life. As, together, we build a stronger economy for Britain, I'm committed to making sure that we create a fairer society too.

"Today's package of support will provide a childcare boost for millions of hardworking families, and a £50 million cash injection for early education providers to support those children who need extra help in their early years. We want to ensure that everyone can get on and succeed."