Just hours before the first debate between Nick Clegg and Nigel Farage about Britain's membership of Europe, Richard Branson has called on people to back the case for staying IN Europe.

Writing in his blog, Branson said that although Europe has it's faults, "the last thing the UK should do is leave it, as it would then have no say on how to improve it and make it more productive for all countries involved."

He also highlighted the economic and business benefits that Britain gets from being a member of the largest free trade area in the world:

"It is entrepreneurs who create the jobs of the future; the last thing the government should want to do is make things more difficult for them by cutting ties with the EU. Fewer companies would set up business in the UK if they could only trade with 60 million people, rather than 500 million." 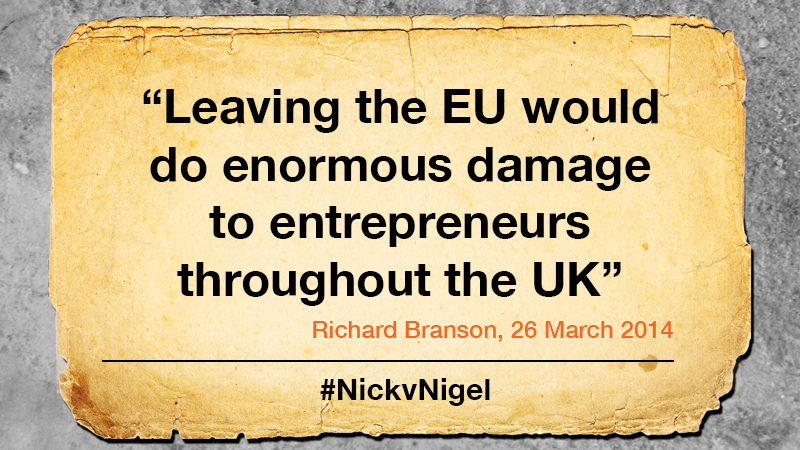