Sorry Nigel, but I agree with Nick

Last week we ran a competition to win tickets to watch the Nick v Nigel debate on LBC live in the studio. Competition winner, Gillian Reeves, writes about what it was like in the audience of the first Leaders' Europe debate.

If you would like the chance to win tickets for the next Nick v Nigel debate, click here.

Nigel Farage won the first debate according to commentators and a snap poll held directly after the debate. However, I had a different impression of the outcome; I saw the debate first hand. I was lucky enough to be a member of the audience in the LBC studio after winning tickets via the Liberal Democrat website.

Both Nicks - Clegg and Ferrari - had examples of UKIP campaign literature, both of which contained dubious statistics. UKIP claims that 29 million Romanians and Bulgarians may come to the UK, however as Nick Clegg pointed out, there are not even 29 million Romanians and Bulgarians living in Romania and Bulgaria. When Nick Ferrari challenged Farage to justify UKIP's claim that more than 70% of all UK laws come from the EU, the audience started laughing, when he responded to the question by answering that the figure was an 'estimate'. In my opinion, he showed the audience that he disregards the facts and instead opts for scaremongering the public.

There was a tense atmosphere in the audience, especially from those at the front who were asking the questions. I don't think this had anything to do with the EU and European migration but more anxiety about domestic problems and uninformed opinion. Nick Clegg remained calm and considered, while Farage displayed his dogmatic views, on not only immigration, but also gay marriage. He lost the audience's support when he shamefully said that, the "EU had blood on its hands in the Ukraine".

Farage displayed his defensiveness several times and although we could not tell he was sweating, he was the first one to look like his was losing his temper. Nick Clegg was passionate but measured. 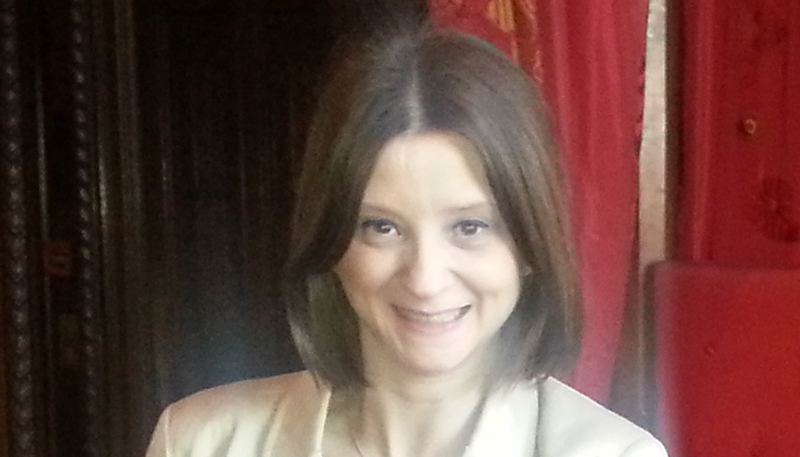 Because I had won two tickets, I decided to bring a friend from work with me, a Tory who had worked in Brussels. Our post-debate discussion over a pint in the pub afterwards was entertaining and we both were dismayed over UKIP's propaganda. I agreed with Nick's economic argument, jobs will be under threat if we left the EU, not just jobs now, but for years to come, as other countries will not have the confidence to invest in the UK if our politicians 'throw the baby out with the bath water'.

I will not pretend I am an expert on all things EU, but having studied European politics as part of my degree, I have maintained an interest in what is happening in the EU. I appreciated having the opportunity to be at a debate, which we had waited decades for.

I can't wait to see what happens in the second debate on Wednesday!