After admitting that he admired Vladimir Putin, Nigel Farage has made clear his views on Putin's handling of the crisis in Syria, saying "the way he played the whole Syria thing. Brilliant."

These comments came about days after the Nick v Nigel Europe Debate, in which he insulted pro-democracy demonstrators in Kiev, stating that the Europe had "blood on its hands" in the Ukraine. 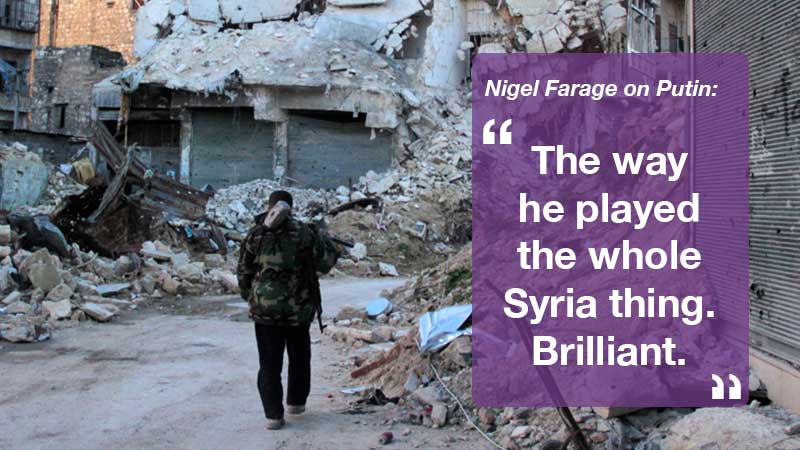 "I just think it is utterly grotesque that Nigel Farage apparently admires… Vladimir Putin, who has been the chief sponsor and protector of one of the most brutal dictators on the face of the planet, President Assad, who has blocked at every single turn in the United Nations any attempt by the international community to work in concert to help the many, many millions of people who have been driven from their homes and have been brutalised, and have been tortured and have been killed.

"And to then express his admiration by saying that he thinks that Vladimir Putin has played it all as if it's a game. This isn't a game.

This is thousands upon thousands of people being killed and brutalised and murdered and chased from their homes who we are now taking into our country."