The wit and wisdom of Nigel Farage

Tonight saw the second debate between Nick Clegg and UKIP leader, Nigel Farage, about whether Britain should be IN or OUT of Europe. UKIP are well known for being anti-Europe, as well as anti-immigration and anti-Muslim.

Here are some of the things that Farage and other UKIP party members have said in the past. 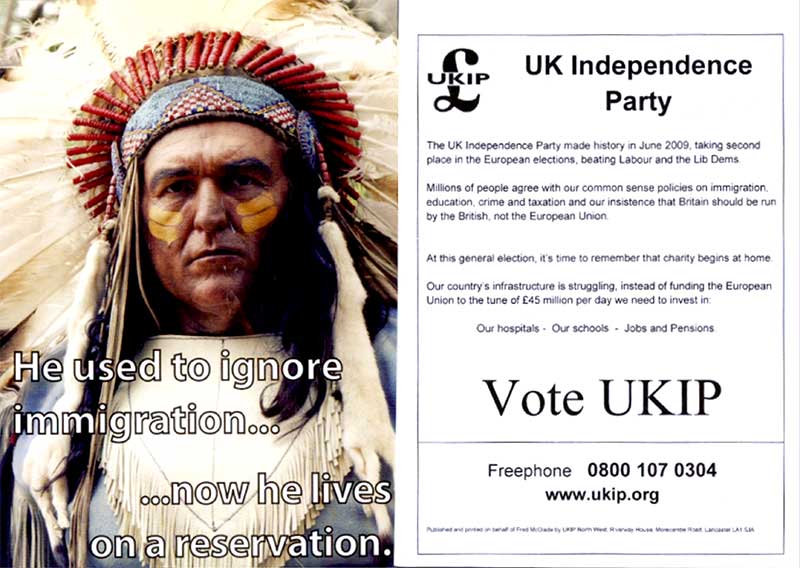 UKIP issued a leaflet in Lancaster in 2010 comparing immigration in the UK to the plight of Native Americans. The leaflet depicted a Native American in full head dress with a caption saying "He used to ignore immigration… now he lives on a reservation". This leaflet is similar to a poster that the Italian Northern League, a far-right anti-immigration party, created in 2008. The Northern League's poster also showed a native American with the caption "They also were subjected to immigration and now they live on reserves!"

Nigel Farage has made clear his views on immigration on many occasions. During his Spring Conference this year, he claimed that parts of Britain were 'like a foreign land'. 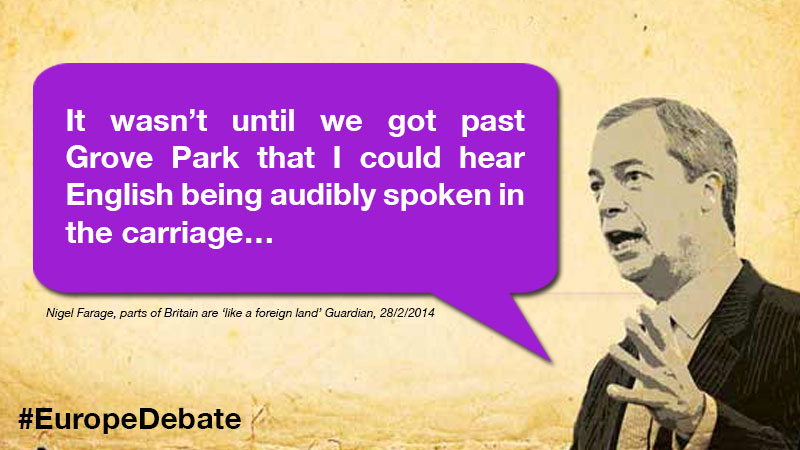 It is not only immigration that he has made insensitive remarks about. Farage has been very vocal his disapproval of a green agenda, immigration, same-sex marriage and Islam, to name but a few.

In 2012, he voiced his views on religion during speech, saying: 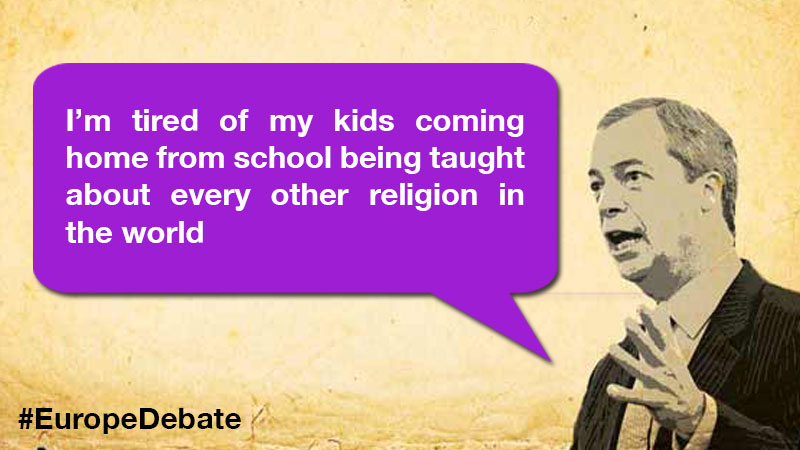 During a speech in European Parliament in 2009, he disapproved the idea of a green agenda, saying: 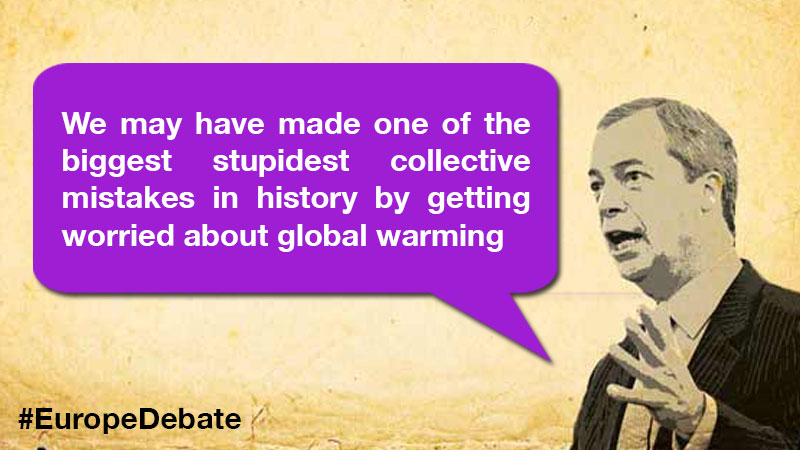 On the issue of equal pay, Farage argued that working mothers are worth less than men: 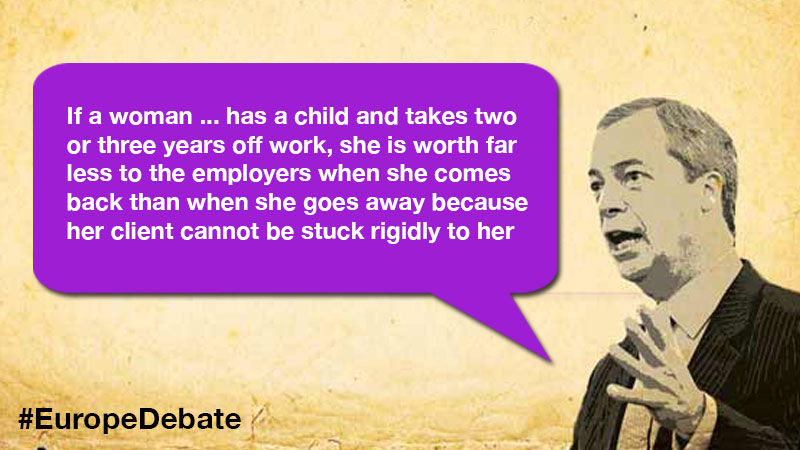 And within all his extreme remarks, he has even admitted that he didn't read his party's 2010 manifesto: 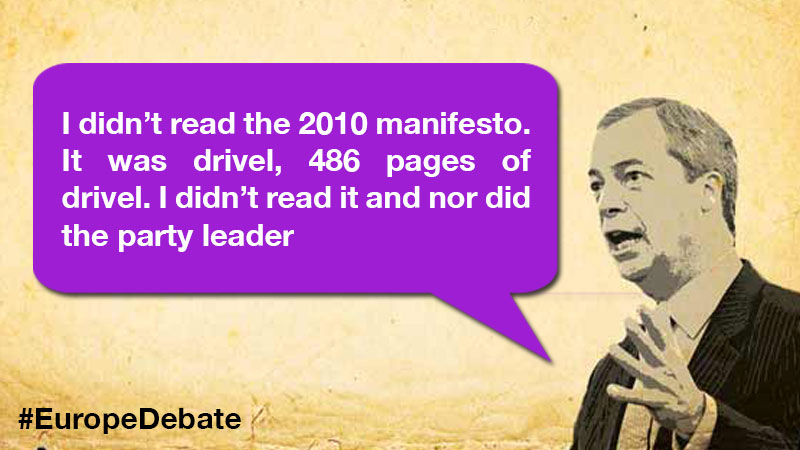