Labour and the Conservatives are missing in action on Europe – Clegg

Speaking at the Welsh Liberal Democrat conference today, Liberal Democrat Leader and Deputy Prime Minister Nick Clegg accused Labour and the Conservatives of being 'missing in action' on Europe. He also said that he would be taking his message around the country, in town halls, radio phone-ins and in any way he can; speaking directly to millions of voters about why we should be IN Europe - to protect British jobs, keep our streets safe, and maintain our standing in the world. 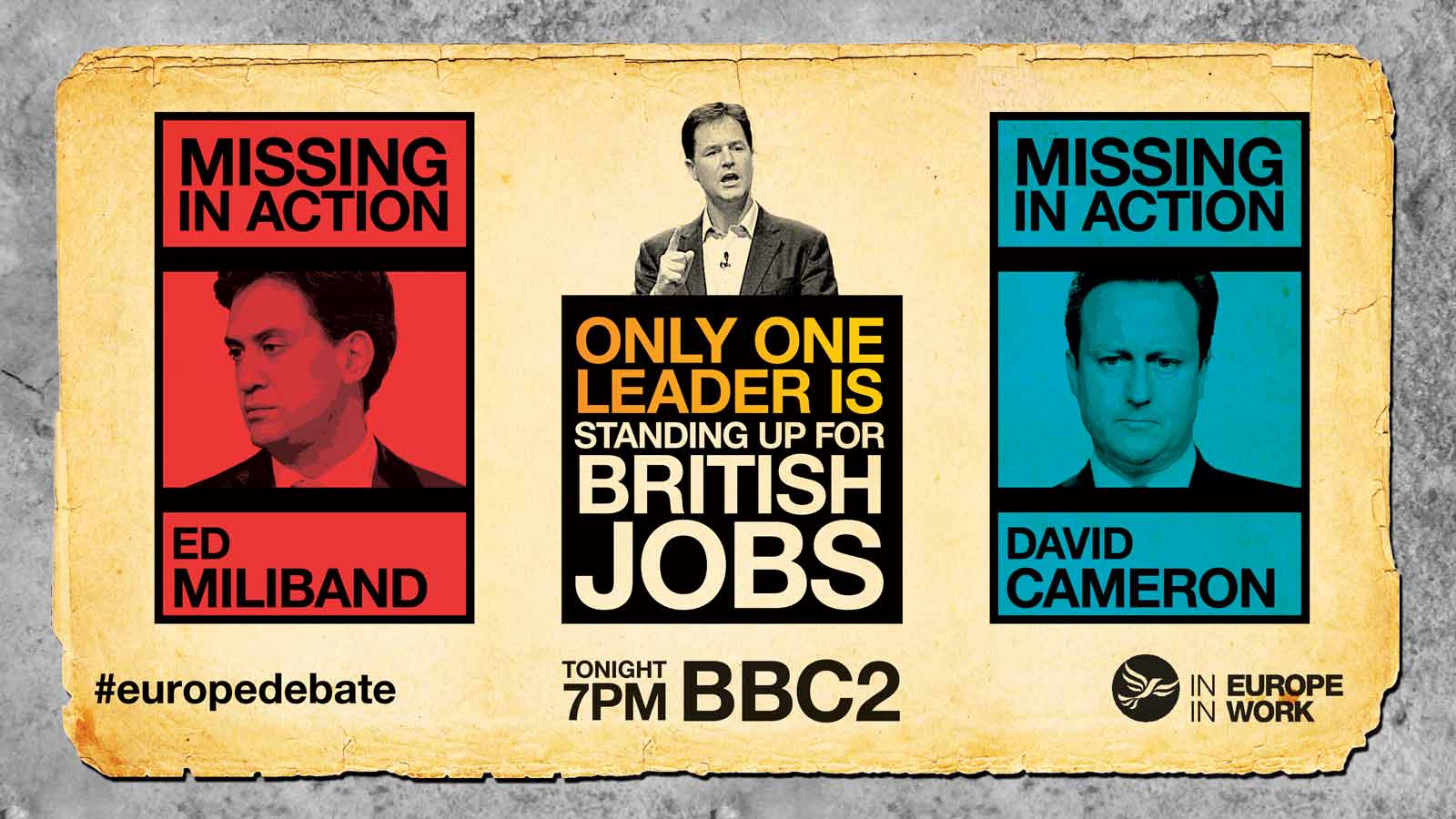 At the conference, Nick Clegg said:

I challenged Nigel Farage to debate Britain's membership of the EU so that, for once, people would hear both sides of the argument: in versus out.

Are we going to win that argument in 120 minutes? No, sadly not: the sceptics have been peddling their myths and assertions free from real challenge for years. And the isolationists have entrenched their views with skill - presenting themselves as the forces of freedom; annexing the language of patriotism; pro-Europeans should be in no doubt about the outters' appeal."

On Labour and the Conservatives, he said:

"Where are the supposedly pro-European Labour party? Or the supposedly moderate Conservative leadership? The country is finally having it out about the single biggest issue facing our future - and where are they?

Absent. Hiding. Missing in action. Paralysed by their own internal divisions. Too scared to speak up for the national interest because it'll cause them too great a political headache.

It's party-before-country from leaders who sort of half say they're IN, but who don't have the guts to actually come out."

Nick Clegg has been the only party leader prepared to stand up and take on the Eurosceptic arguments that would threaten our recovery. If you agree that Britain is better off IN, there is a party for you and it's time to make yourselves heard.