British workers now have the best tax deal in the G7

The amount British taxpayers can earn before paying income tax is the highest starting threshold across the G7 countries, Treasury analysis released by the Chief Secretary to the Treasury, Danny Alexander, has revealed. 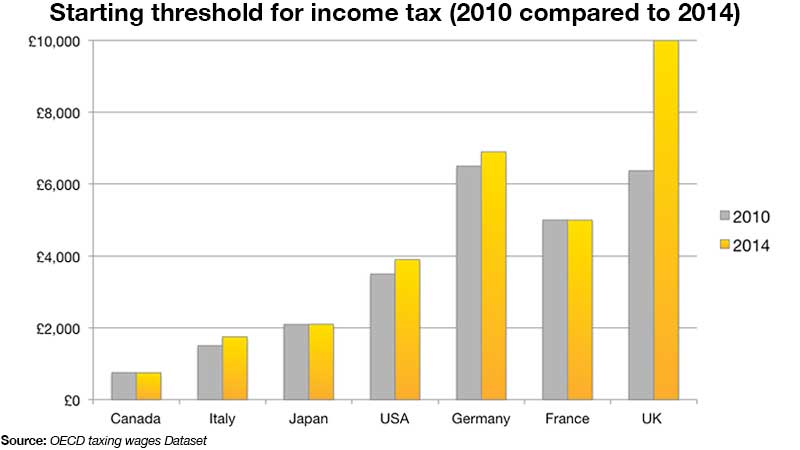 The personal allowance has risen by over 50% since 2010, an increase five times larger than the increase in the income tax starting thresholds of any other G7 country.

In 2010 the personal allowance was £6,475. It has risen each and every year of this Parliament, and thanks to the Liberal Democrats it has reached £10,000 this weekend. This represents an income tax cut of up to £705 for over 26 million workers and lifted over 3 million out of paying income tax altogether.

'On Sunday we deliver the £10,000 income tax threshold - a Liberal Democrat tax cut worth up to £705 for over 26 million working people. Not only is this now the most generous income tax allowance in British history, but thanks to these changes the UK now has the best tax system for working people in the G7.

These tax cuts are helping with family budgets and are a boost to job creation and growth. It's no coincidence that Britain has record levels of employment and that we are the fastest growing economy in the G7. Our income tax cuts are not just helping people, but powering the recovery too.

If the Liberal Democrats are in Government after the next election we will go much, much further and push the personal tax allowance to £12,500. That would mean a total tax cut of £1200 since 2010, and give us the best tax system for working people anywhere in the developed world.'