The former Speech Writer to Tony Blair said that he believes Nick Clegg is making a difference: "By stopping the Tory Right, the Deputy Prime Minister should be applauded by all liberal voters."

Philip Collins worked as Tony Blair's Chief Speech Writer, responsible for Blair's very last speech as Leader of the Labour Party. In his article published today, he said that without the Lib Dems in Government, tax cuts for the wealthy would have been more generous. He points out that green taxes would be slashed harder, welfare cuts would be more severe, and there would be greater progress towards abolishing human rights legislation. 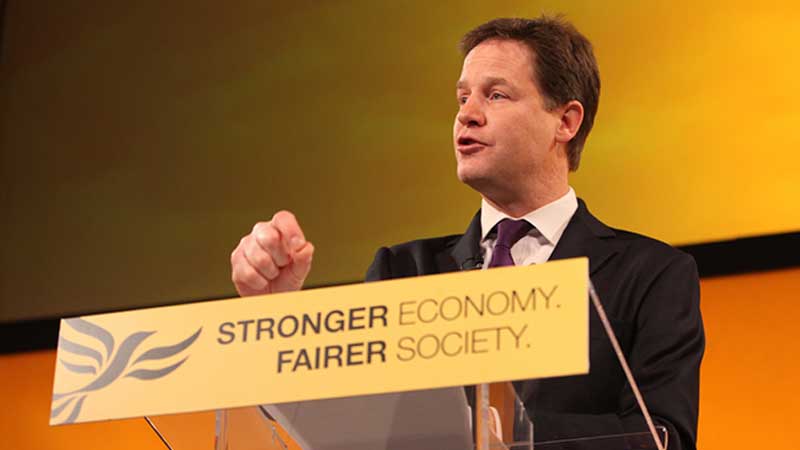 "During the debate on the European Union with Nigel Farage, it struck me that Nick Clegg had a clearer and more coherent thread to his politics than any of the other leaders, indeed any other senior politician."

He also commented on George Osborne's Budget speech, saying that it was notable that Osborne made a lot of the Liberal Democrat policy, such as raising the threshold at which people pay income tax to £12,500. He said that it is the liberal desire that people should keep more of the money that they earn.

In his article, Collins mentioned that he admires Nick Clegg's emphasis on making social mobility a success. He spoke highly of the Liberal Democrats emphasis on childcare, stating that thanks to the Lib Dems, more money has been channelled to poorer children via the premium offered to schools in disadvantaged areas.