Vince Cable: Making higher apprenticeships the norm rather than a niche

Today, Vince Cable gave the Cambridge Public Policy Lecture, exploring how further and higher education can be brought closer together to create a "parity of esteem" between the sectors. 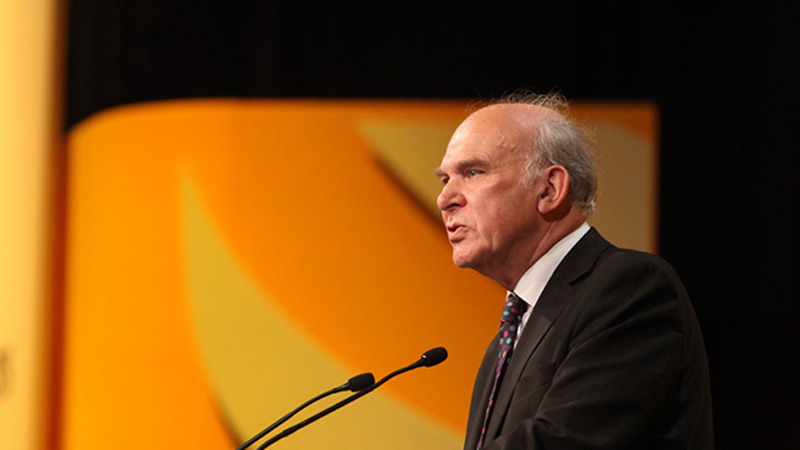 "I want to set out a vision for a new generation of National Colleges: specialised institutions, acting as national centres of expertise in key areas of the economy. They will be employer-focused, and combine academic knowledge with practical application."

"Higher apprenticeships are an important solution to the sub-degree gap, and there are already some superb schemes, for which entry is as competitive as getting into Cambridge. Rolls Royce higher apprenticeships in engineering, for instance, take nearly four years and include degrees from the University of Warwick and Apprentices at Jaguar Land Rover can expect to be earning around £32,000 by the time they finish their course."

In his lecture, Vince Cable spoke about the advantages of apprenticeships for both employers and individuals, highlighting that it is essential to make higher apprenticeships the norm rather than a niche. He also announced that he has called on UCAS to examine the scope for integrating higher-level apprenticeships in their services.

"If we are to have credible, high-level vocational programmes - which are a legitimate and equally prestigious alternative to the traditional undergraduate route - older school leavers should be able to consider them alongside university options."

Read more about how the Lib Dems have helped to create 1.6 million apprenticeships.