The Conservatives have today promised that they will NOT support onshore wind farms after the next election in a bid to shore up support from their right wing and UKIP defectors.

Having tried to cap onshore wind generation earlier this month (a plan which the Lib Dems blocked outright), this latest move shows that it is only the Liberal Democrats who are working in Government to tackle climate change.

We've already had some big successes, with the Lib Dem Climate Change Secretary Ed Davey driving huge change, despite the Conservatives trying as hard as possible to dampen down our green commitments. 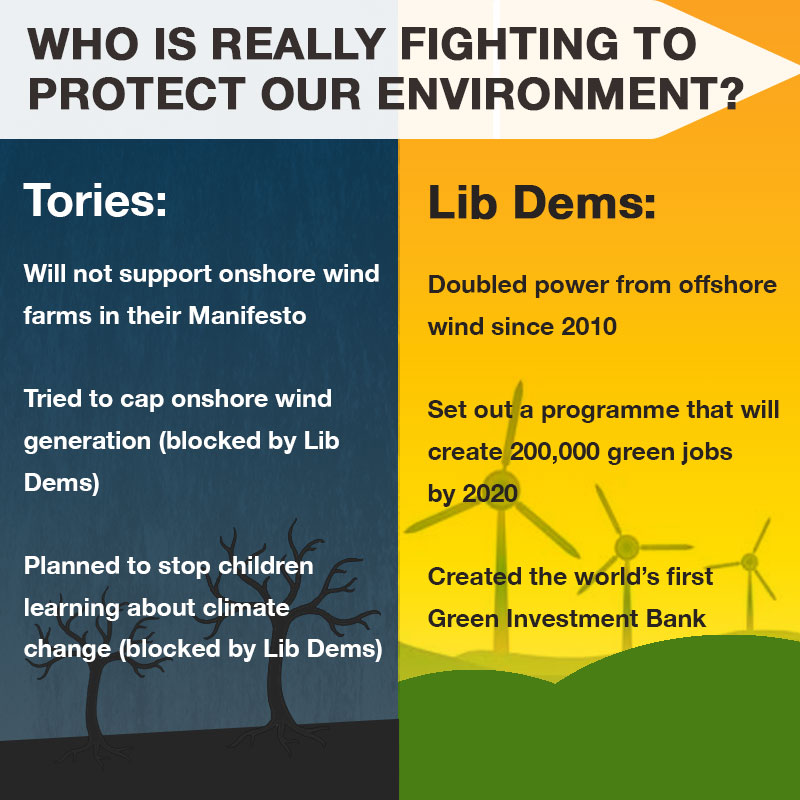 "This Government is green because the Liberal Democrats have fought every step of the way to protect our environment and lead the fight against climate change.

"That's why we are creating thousands of green jobs, investing more in renewable energy than ever before and working with our European partners to lead the drive for the most ambitious emissions targets across the world.

"We have already fought the Conservatives over capping onshore wind in this Government - and won.

"Putting the brakes on onshore wind would be disastrous for business and jobs in our growing green economy. Onshore wind is one of the cheapest forms of green energy, so cutting it could lead to higher bills.