New figures out today reveal that the number of crimes committed in England and Wales has fallen sharply since the Lib Dems entered the Coalition Government.

Overall crime is down by more than 10%, showing that Government efforts on police reform, pushed for by the Lib Dems, are working.

Latest figures from the Crime Survey for England and Wales report that there were around 7.5 million crimes against households and adults in 2013, down by 15% compared to the previous 12 months, and the lowest estimate since these records began in 1981.

This fall was driven by a reduction in a range of different crimes, including violence (down 22%), vandalism (down 15%) and other household theft (down 25%). 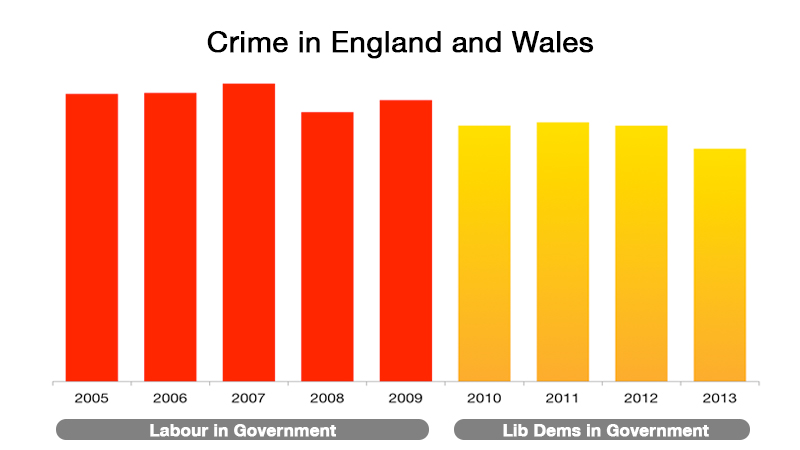 "Under this coalition government, overall crime is down by more than 10 per cent according to both the independent Crime Survey and police recorded crime. Today's statistics are more good news and the evidence is clear: police reform is working and crime is falling.

"We can have confidence that England and Wales are safer than they have been for decades, with crime at its lowest level since the survey began in 1981.

"The government has a strong record on reinforcing the independence and accountability of the statistics. We asked HMIC last June to carry out an audit of the quality of crime recording in every police force, and the Home Secretary has written to chief constables emphasising that the police must ensure that crimes are recorded accurately and honestly."