The Liberal Democrats stormed to victory in Sutton of East Cambridgeshire. Lorna Dupre gained the seat previously held by the Conservative Council Leader. Cllr Dupre came from third place in 2011 to take 50.9% of the vote (an increase of 27%). The Conservative and Labour candidates saw large drops in their support. The Tories dropped to second with 27.2% (-19.2%), UKIP who did not stand in 2011 came third with 15.8% and Labour came in last with 6.1% (-23.6%).

Of the four candidates only Cllr Dupre lived in the village. Other candidates' claims to be 'local' backfired badly when it became clear that they lived as much as 11 miles away. The local Lib Dem team had been preparing for the 2015 local elections well in advance by having a team in place and sending out regular FOCUS leaflets since 2013. As a result they were well established as local campaigners before the election was called and ready to go the moment it was. 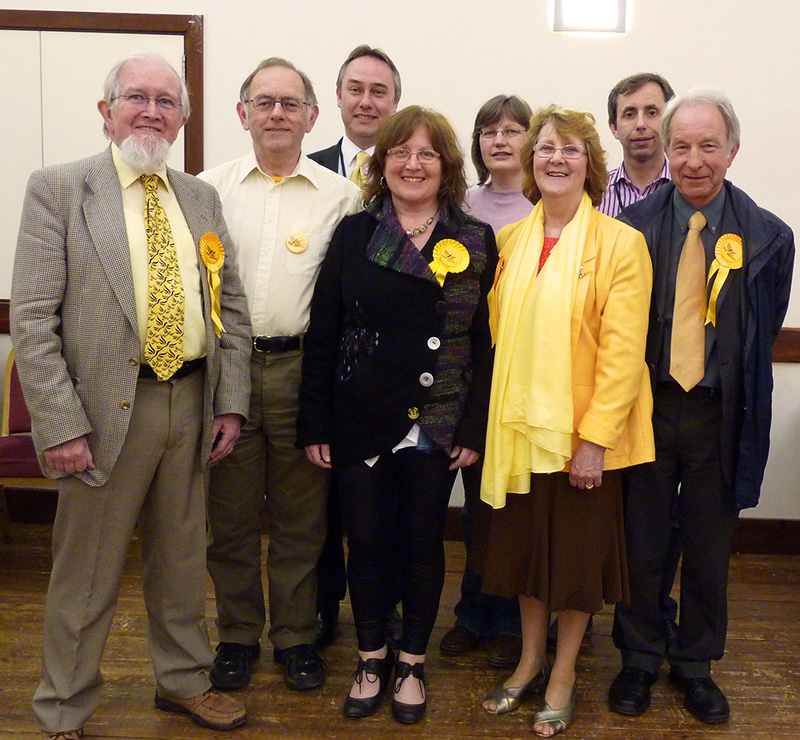 The team canvassed all postal voters and regular polling station voters for local elections. They also ran a well-targeted literature and letter campaign as well as ward-wide leaflets. Many previous Labour voters quickly saw that their party wasn't campaigning effectively in the ward and much of their vote shifted in our direction. The team made sure to position stakeboards at key sites around the village - the Conservatives managed only two, and one of those was in a ditch outside the village!

The local team also made use of social media. The Facebook page for the village has over 700 members, which is used for general village news and chat. Set up by a local resident, it is non-political but used appropriately is an excellent forum for communication. Lorna and her team participate actively and often in that page, responding to enquiries, posting up local news, engaging in discussion with residents, and most importantly finding out what the local issues are that concern local people. Lorna says: "Facebook has proved a very effective way of really engaging with local residents about the things that matter to them."

Despite the other parties' campaigns being ineffective the team didn't relax and worked continuously until late on polling day. Lorna and her team were particularly grateful to colleagues from around the county who came to help and offer support to the campaign.

For all the detailed by-elections results see the ALDC elections page: http://www.aldc.org/category/by-election-results/