New figures released by the Office of National Statistics (ONS) show that the UK economy has grown again, for the fifth consecutive period. 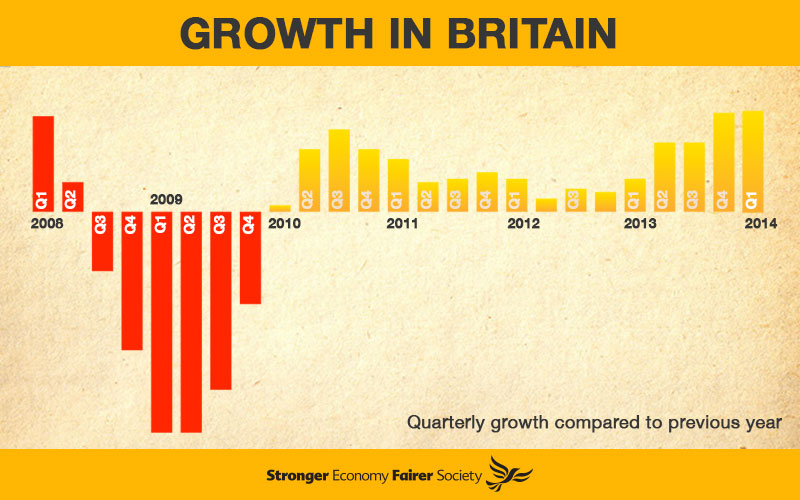 "Five consecutive quarters of economic growth is more convincing evidence that we are securing this hard earned recovery.

"Our long term economic plan is working and delivering record numbers of jobs.

"There is still much more to do, but it is encouraging that our economy has now grown to within 0.6% of its pre crash peak.

"This is testament to the hard work of millions of British families and hundreds of thousands of British companies."