Liberal Democrats are introducing a 5p plastic bag charge in England, to help protect the environment.

Today's Queen's Speech confirmed that from October 2015, a 5p charge on all single-use plastic bags will be introduced. 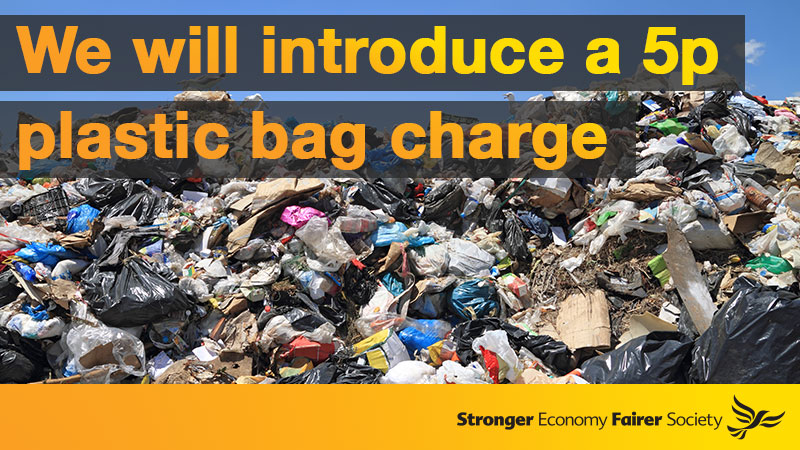 There is already a similar charge on bags in Wales and Northern Ireland and evidence suggests that a charge will significantly reduced the number of plastic bags distributed in England.

The aim of introducing a charge is to reduce the distribution of plastic bags and to tackle the issue of littering and waste.