Nick Clegg: We have a unique mission in British politics: to advance our liberal values

Nick Clegg will give a keynote speech on Monday in which he will discuss his vision for a more liberal Britain in the run up to the 2015 election and beyond.

Nick will set out the key lessons that must be learnt from the recent local and European elections, paving the way forward for the Liberal Democrats. 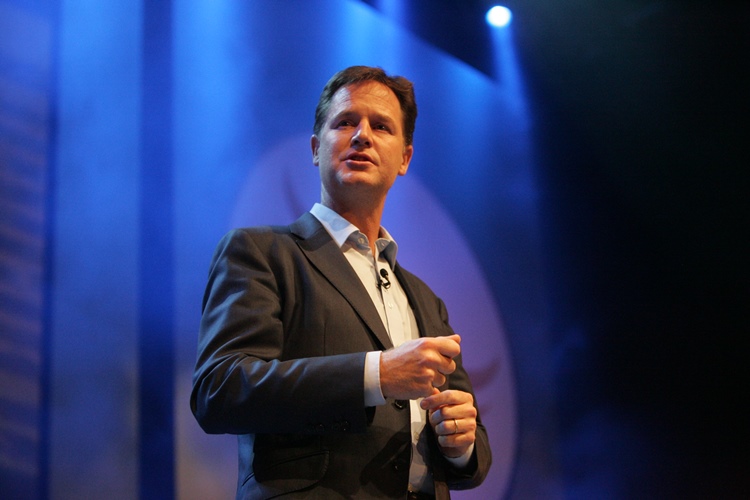 He will also use the speech to kick start the party's summer campaign, which focusses on our 'record of delivery and promise of more.'

The campaign will trumpet key Liberal Democrat achievements in government and outline the party's key manifesto commitments for 2015 in a series of summer announcements.

In his speech, Nick is expected to say:

"I lead the bravest and toughest party in British politics - a party that, back in 2010, despite having never been in power in Westminster before, put the country's interests before our own interests to provide Britain with a stable government in extraordinarily insecure times. As a result millions of people kept their jobs; millions of businesses stayed afloat; the country survived and is back on track. And that is because of us.

"If there is one thing that has been brought home to me over recent weeks, it's that we need to be much clearer and louder about our reasons for wanting to govern. Our motives. Our values. So not just the 'what' we've done, but the 'why' we've done it.

"There are people out there who believe that the Liberal Democrats are only interested in power for power's sake. Our critics have spent four years claiming we've lost our soul - but it's simply not true.

"So I want to set something straight today. It's the thing I want you to go out and tell people over and over again, every day between now and next May.

"There is one reason and one reason only that the Liberal Democrats want to govern. It is because we have a unique mission in British politics: to advance our liberal values.

"We mustn't allow our critics to rewrite history, airbrush out our role in this Coalition or present us as some sort of electoral wedge, standing ready to prop up Labour or the Conservatives in the event of another hung parliament. The Liberal Democrats are not and will never be a split the difference party. I am not interested in coalition at any cost - I am interested in Liberal Democrats in government to deliver a more liberal Britain.

"The manifesto we put to the British people will set out our unique and distinct vision for this country - an alternative to the depressing prejudices of left and right. The thread that runs through that manifesto will be a liberal optimism: the belief that there is something great in every individual and government's job is to help unlock it. Opportunity for everyone - that's the liberal promise, it underpins the stronger economy and fairer society we're striving for and it's our mantra for the months and years ahead."