This has taken the total number of people in work in the UK to over 30.5 million for the first time ever, with unemployment reaching a five-year low. Compared to a year ago, 780,000 more people are in work- the biggest annual rise in a quarter of a century, in a further sign the Liberal Democrats' plan to build a stronger economy in a fairer society is working. 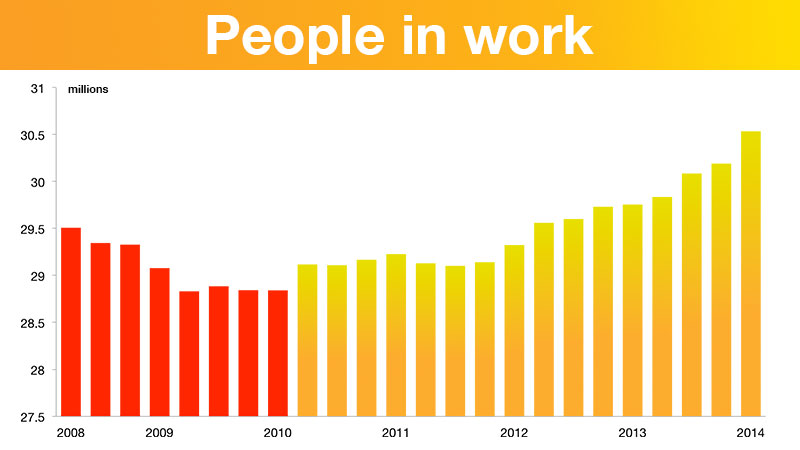 "There can be no doubt that thanks to the hard work of millions of people and businesses across the country, supported by a govt that has made and stuck to the right decisions, Britain is bouncing back. With hundreds of thousands of people getting into work thanks to the efforts of Liberal Democrats in government, these figures show a fairer society as well as a stronger economy emerging.

"Combined with the annualised 4.4% growth in manufacturing figures released yesterday these employment numbers show that we are making real progress in fixing and rebalancing the economy. There is still a long way to go, but these figures reinforce the need to stick to the long term economic plan that is clearly delivering record numbers of jobs and strengthening growth."