At a UNHCR conference in Sharjah, UAE on October 16, Liberal Democrat International Development Minister Lynne Featherstone gave a speech entitled Investing in the Future: Protecting Refugee Children and Adolescents in the Middle East and North Africa.

In her speech, Lynne focussed on ensuring adequate protection for refugee girls, who are particularly vulnerable to sexual violence.

"I want to focus on the particular issue of violence against girls in conflict and emergency situations, and highlight how we need to forge a strong alliance to tackle this problem. This is a difficult issue to address. 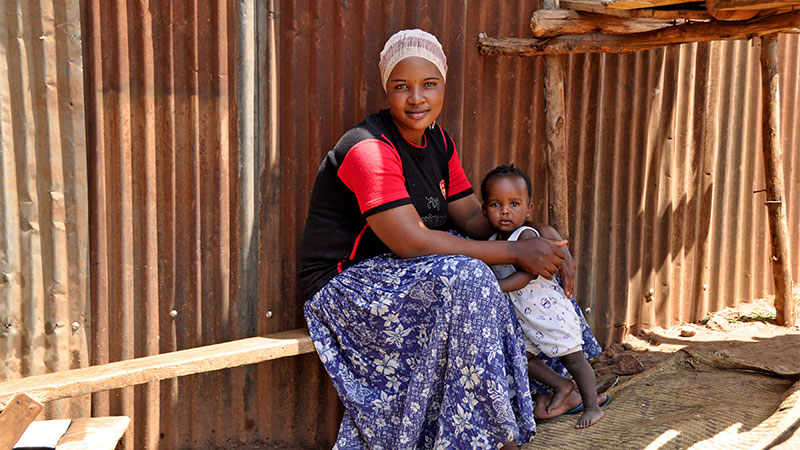 "Violence can make survivors feel ashamed, when they have done nothing wrong. It has been a taboo subject for too long. And it requires courage and sensitivity to change attitudes, to provide support and to make a lasting difference.

"Let us not forget the context of this conference, where in Syria we are witnessing the world's worst refugee crisis for 20 years. Over 1.5 million Syrian children are now refugees across the wider region. In addition to this, over 300,000 children have been displaced as a result of the conflict in Iraq and ISIL's advances.

"All of these children have faced the distress and increased risk of violence related to fleeing their homes and communities, and many, particularly girls, have been the victims of abduction, rape and other forms of sexual and physical violence.

"During all aspects of a girl's experience as a refugee, during her flight from conflict, whilst in a host community, or during her return home, she is especially vulnerable. Separation from family members can mean that the social norms and cultural practices which protect girls may be weakened.

"She can be subject to physical or sexual violence, whether it is rape, sexual assault, harassment, sexual exploitation, forced 'marriages' or genital mutilation.

"During her flight, she may cross military lines or dangerous areas affected by civil war in order to reach safety. With no income, a girl may engage in transactional sex for food and services, or to obtain the legal documentation that she so desperately needs. Border guards may detain and abuse women and girls, sometimes for extended periods.

"Smugglers may facilitate female migrants across borders in exchange for sex or money and valuables.

"When she eventually arrives in a country of asylum, the danger is far from over. She will face an increased risk of violence upon arrival in the refugee camp or the host community - places she had sought out to provide safety.

"Inadequate living conditions in shelters can also make her vulnerable - the search for firewood to cook food, or a visit to the latrines after dark, can become fraught with risk of physical and sexual assault, due to lack of security and privacy.

"What's more, there is often a lack of access to comprehensive sexual or reproductive health services.

"Data from UNICEF shows that, whilst in a refugee community, she could also be at increased risk of Female Genital Mutilation and Child, Early or Forced Marriage. FGM can be seen as a means to protect a girls' marriageability.

"And these practices often increase in the wake of crisis because families may view marriage as a form of protection, or use the bride price as a means of survival.

"This means that girls' ability to make choices and have control over their own lives is further limited in situations where they already carry a huge burden.

"It is imperative that we focus on trying to mitigate the risks that make girls more vulnerable while they are displaced. Physical and sexual violence doesn't only result in long term physiological damage for the girl, but also has a negative effect on the community she lives in.

"Girls who experience violence are less likely to complete their education, and so their ability to earn a living can be put at risk. Early marriage and FGM have also been shown to correlate with depression and an increased likelihood of domestic violence later in life. We must do everything not to stifle displaced girls' potential - and that of their children - by giving them every chance to flourish in school and work, and not be crippled by the trauma of violence.

"The fact that the effects of these issues are so wide-reaching is one of the reasons why addressing violence against women and girls is a top priority for the UK Government. We are working with traditional and non-traditional partners, tapping into the authority and influence they can bring.

"In recent months, we have been closely following the reports from Iraq of sexual violence, forced marriage and other atrocities carried out by ISIL. The UN estimates that around 1500 Yazidi and Christian women may have been forced into sexual slavery.

"We are working closely with humanitarian partners to support victims of sexual violence in Iraq and understand the scale and patterns of violence so we can channel additional assistance where it is needed most.

"For the Syrian crisis we are supporting over 800 survivors of gender based violence among refugees in Jordan. And we are pleased to be working with the UAE in the Jordan Emirates Refugee camp, to support education and psychosocial support for children.

"Partnering is necessary at the family level in order to engage boys and men to protect their sisters, their mothers, their wives, and their children from abuse, and ensure that they are never the perpetrators of it. Men and boys are crucial partners for preventing as well as responding to violence against girls.

"Partnering is necessary at the level of local authorities to ensure schooling and education are provided, that psychosocial support staff are effectively trained, and comprehensive services are readily available to both girls and boys.

"Partnering is necessary on the governmental level to ensure a fair and accessible justice system is in place which protects women and girls from violence, recognising crimes such as marital rape, and never blames or shames the survivor for what she has experienced.

"Partnering is necessary at the multilateral level to mobilise the international community to make good on our pledges and commitments. And to ensure that gender equality is a key component of our future global policies, such as the post-2015 Sustainable Development Goals.

"We - all of us here today - need to make sure that partnering occurs at all of these levels to affect real change.

"Together, we need to invest in programmes to address violence against girls in emergencies with the seriousness it requires.

"Together, we need to create more humanitarian programmes that recognise the specific needs of refugee girls."