Nearly 1,400 patients in Wales wait more than a year for treatment

The figures obtained by Liberal Democrats show that 9 patients in the Abertawe Bro Morgannwg University Health Board area, have been waiting over 2 years and still haven't received their treatment. 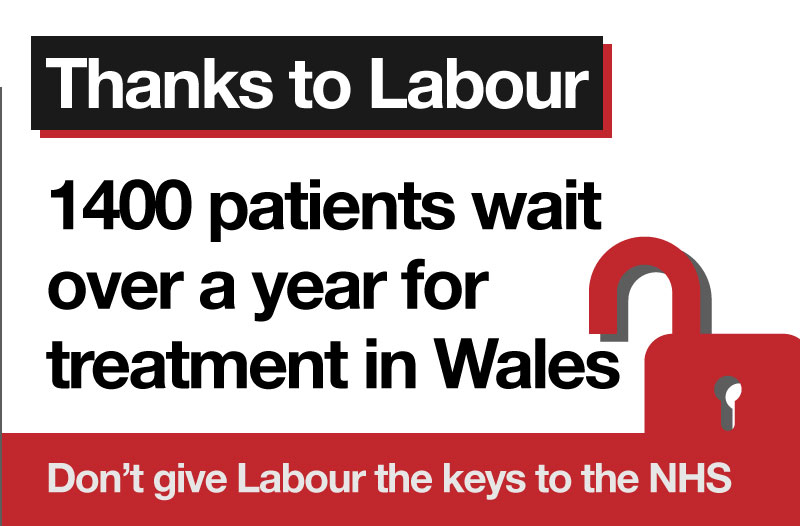 Under the Labour-run Welsh Assembly, 1,400 patients each year wait more than 12 months for an operation. England is 17 times bigger than Wales, however 574 patients experience the same delay.

The Welsh Government's target is that not a single patient should wait longer than 36 weeks until the start of their treatment.

"These figures are nothing short of a national disgrace. It is completely unacceptable that nearly 1,400 people are being forced to wait over a year before being treated.

"Month after month we see the Welsh Government's 36 week target being missed. However these figures show the problem is even worse than once thought.

"My concern is that the Welsh Labour Government seems entirely clueless on how to turn things around. Waiting lists are piling up and there is little sign of the situation improving.

"This is why we need to establish a Commission to secure a historic and long-term plan for health and social care in Wales. A Commission with cross-party, professional and patient representatives would be able to work together and deal with the strategic problems facing our NHS in Wales. By involving doctors, nurses and patients from the outset, we would ensure that the experiences of those using our front-line health services feed into the efforts to reform our NHS."

"Whether it is inadequate cancer care, poor ambulance response times or dire A&E waiting times, the Welsh Labour Government is failing to provide the health service that patients in Wales deserve."