8000 companies boosted by cash from the Regional Growth Fund

The Regional Growth Fund has now supported 8,000 companies across England through a series of projects and programmes, Nick Clegg has confirmed.

The Fund, which Nick established in 2010 has created and safeguarded 100,000 jobs and distributed more than £1bn across the country. 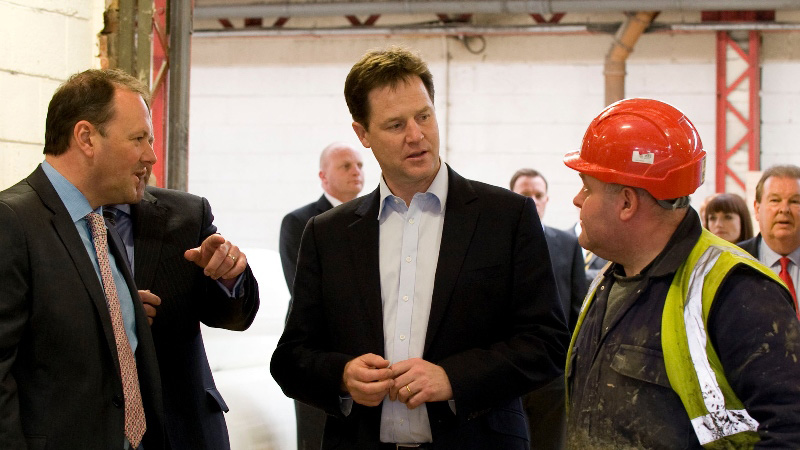 To date there are 94 projects and programmes underway in the North East, 73 in the North West, 48 in Yorkshire and Humber, 28 in the South East and London, 36 in the South West, 61 in the West Midlands and a further 25 in scope nationwide.

To boost manufacturing and engineering industries and encourage job creation outside of London, the RGF has supported companies across multiple sectors. From pioneers in tidal turbines in Bristol to a laboratory developing new drugs for cancer and resistant bacteria in Cheshire, bed manufacturers in Leeds, and Liverpool food wholesalers, RGF funding has gone to a wide range of businesses up and down the country.

"It is great news that the Regional Growth Fund has now reached the landmark of supporting its 8,000th company. This innovative fund is helping companies to invest, expand and to create sustainable jobs in the local community.

"Rebalancing the economy and boosting regional growth has been a top priority for me in Government. It is a key part of building a stronger economy and fairer society. The success of the RGF is a shining example of how government can help regional businesses realise their own goals and plan for a prosperous future."

Alongside awards made directly to larger businesses, the RGF has also supported many small and medium-size businesses. Local partners such as Chambers of Commerce, Universities and Local Enterprise Partnerships have been running programmes to target support to those smaller businesses with most potential in their local areas.