Liberal Democrat manifesto plans will include a commitment to end child illiteracy by 2025, Nick Clegg has announced today (Sunday 18 January).

The plans mean that every child born in 2014, who will leave primary school in 2025 will be able to read and write at a standard identified to lead to success in secondary school and beyond. 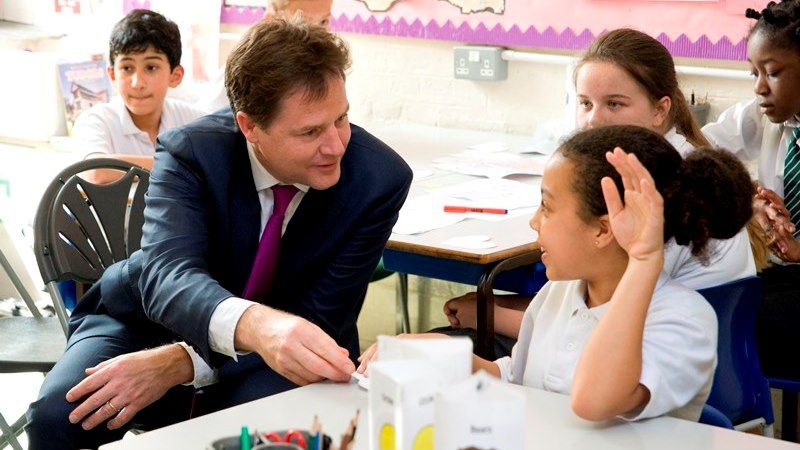 Unlike the Conservatives and Labour, the Liberal Democrats have a clear plan to protect the education budget from cradle to college.

Our plans include using that budget to invest in ending illiteracy.

To help us meet our commitment to end child illiteracy by 2025, we will boost the early years Pupil Premium to an even higher level than the primary school Pupil Premium.

We will also overhaul early years teaching qualifications by letting nursery staff work towards Qualified Teacher Status and by 2020 requiring a qualified teacher graduate in every school or nursery delivering the early years curriculum.

"I am proud of the scale of our ambition. We are raising the bar on what children should be able to achieve by the age of eleven and want all children to get over the bar by 2025.

"The Coalition Government has cut illiteracy but it is nothing short of a national scandal that a fifth of children are still leaving primary school unable to read at a level that will allow them to succeed in later life.

"The Liberal Democrats exist to build a stronger economy in a fairer society where there is opportunity for everyone and the key to that is education.

"It's pretty hard to get on in life without being able to read and write, which is why the Liberal Democrats are committing to eliminating illiteracy by 2025.

"In the Coalition Government, the Liberal Democrats have protected the schools budget; introduced the Pupil Premium; expanded free childcare and made sure every infant gets a free, healthy meal every day to help them learn.

"Conservative plans to savage the education budget by £13bn puts all of these achievements and much, much more at risk, while Labour's silence on this issue doesn't fill me with confidence.

"You can't build a fairer society for free. If we want to continue raising standards in schools, and making sure every child can succeed whatever their background, you simply have to invest in education. That is exactly what the Liberal Democrats will do."