Employment at a record high of 30.8m

Figures released by the Office of National Statistics (ONS) show that the rate of employment is at a record high of 30.8m.

For the first time since 2008 the unemployment rate has fallen below 6 per cent, falling 1.3 ​percentage points​ ​on the year to 5.8 per cent. 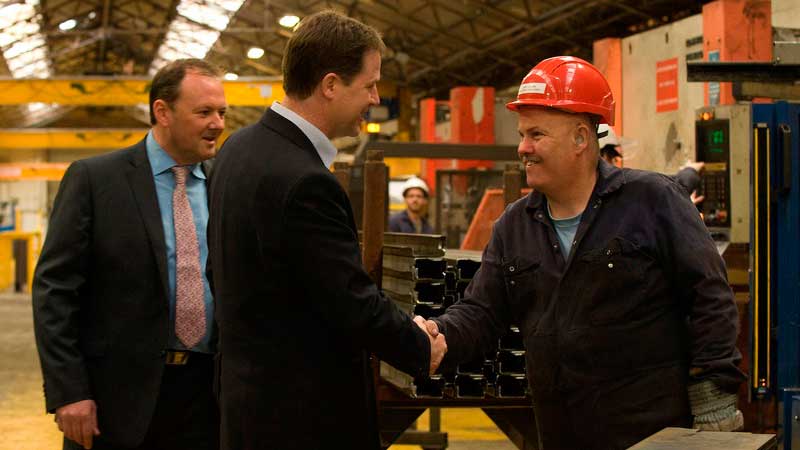 There are a record 14.4m women in work with the female employment rate is also at a​ ​new record high of 68.2 per cent.

"Today's job figures are further proof that the economy is growing stronger. With a new record of 30.8m people in jobs; more women in work than ever before; wages rising; and prices low due to inflation, it is encouraging to see the recovery is helping hardworking families up and down the country.

"The coalition government is building a stronger economy - shifting away from an over-reliance on the city of London and creating thousands of jobs for people across Britain."

"Today's larger than expected fall in unemployment shows that our jobs rich recovery remains on track.

"We're continuing to buck the European trend with strong growth and record job creation. And with earnings continuing to outstrip inflation, the benefits of the recovery are starting to flow into people's wage packets.

"Because the Liberal Democrats are in government, the country has a recovery plan that has job creation at its heart - only we can keep the recovery on track."

Liberal Democrat Business Secretary Vince Cable said: "Today we've had another set of encouraging employment figures, which show that the strong performance of the labour market has been broadly spread.

"This has led to an almost record share of the UK working age population being in work. Equally important is that we are now seeing above inflation wage increases for workers' pay.

"However, there is no doubt that more needs to be done. Youth unemployment remains too high. That is why we will continue to encourage firms to invest in the UK and equip British workers with the skills they need to compete in the jobs market."