Ibrahim will engage with all communities and ensure the party continues to include commitments reflecting a diverse Britain in our manifesto. 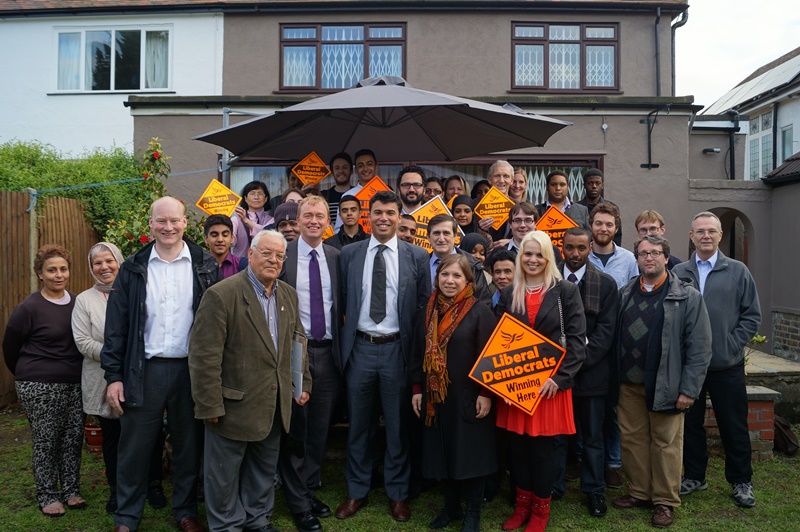 The new appointment was announced by Liberal Democrat Leader Nick Clegg at a reception for the BAME community on Wednesday evening (21 January).

"I'm glad to be given such an important role at a vital time for the country when the politics of extremism and division are on the rise.

"I intend to work closely with all communities in order to promote cohesion, social justice and equality of opportunity so everyone has the opportunity to get on in life, regardless of their background.

Ibrahim was selected as the party's candidate for Brent Central following Sarah Teather's announcement that she would not be seeking re-election in May.

He says his mission in politics is to end child poverty by 2020 - an issue which he is passionately campaigning on in Brent.

"As the most diverse constituency in the country, Brent Central represents the very best of what it means to be British.

"And yet many here still feel that their voices aren't heard. This role demonstrates a serious commitment to making our political process more inclusive and responsive to those voices.

"This is an opportunity to address the monumental challenges we face in Brent and beyond, from eradicating child poverty, to improving education and attainment for young people, to creating fulfilling jobs."

"I'm pleased to announce the appointment of Ibrahim Taguri as our Race Equality Champion. Ibrahim will be working closely with us on policy development, campaigning and implementing our proposals in Government, post-election."