Liberal Democrat Chief Secretary to the Treasury Danny Alexander has announced details of a plan to raise an extra £1bn from a supplementary corporation tax charge applied to banks to help finish the job of eliminating the deficit.

The supplementary charge will be in addition to the existing Bank Levy. 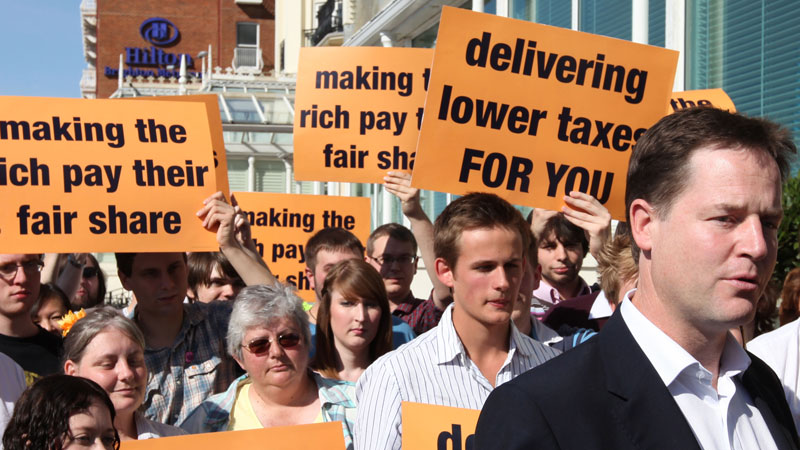 Liberal Democrats will push for this measure to be included in the final budget of this Parliament.

If resisted by the Conservatives, then the proposal will feature in the Liberal Democrat manifesto.

"Failings in the banking system were a major factor in the great crash of 2008. That is why we have always insisted that the banks help fund repairing the economy.

"To that end, we introduced the Bank Levy which is on track to raise £8bn in this Parliament.

"With the final stage of deficit reduction requiring around £30n of savings, it would be totally wrong for all of that to be found from cuts to public services as the Conservatives propose.

"Liberal Democrats believe that we must balance the books and do so fairly, so it is only right to reconsider whether banks are making a fair contribution to deficit reduction. This tax would remain in place until that job is complete."

The supplementary charge will remain in force until our fiscal mandate is met. The rate will be set at 8 per cent. This will effectively remove the series of Corporation Tax reductions introduced since 2010 from the banks.

"Many banks were left seriously weakened after the crash. But as a result of our comprehensive range of reforms, and the strong economic recovery, the banking sector is now returning to health and profitability.

"So now is the right time to ask the sector to contribute a little more to help us balance the nation's books. That's the right way to keep our strong economy on track, and build a fairer society too."

All the revenue raised from the supplementary charge would go towards deficit reduction and is part of the broader package announced by the Deputy Prime Minister and the Chief Secretary to the Treasury on February 5 to balance the books fairly.