Liberal Democrat Leader and Deputy Prime Minister Nick Clegg will say in his speech to the Scottish Liberal Democrat conference speech in Aberdeen that the party "can and will win".

He will say that "we will do so much better than anyone thinks" and "resilience will see off the SNP challenge in the seats we hold". 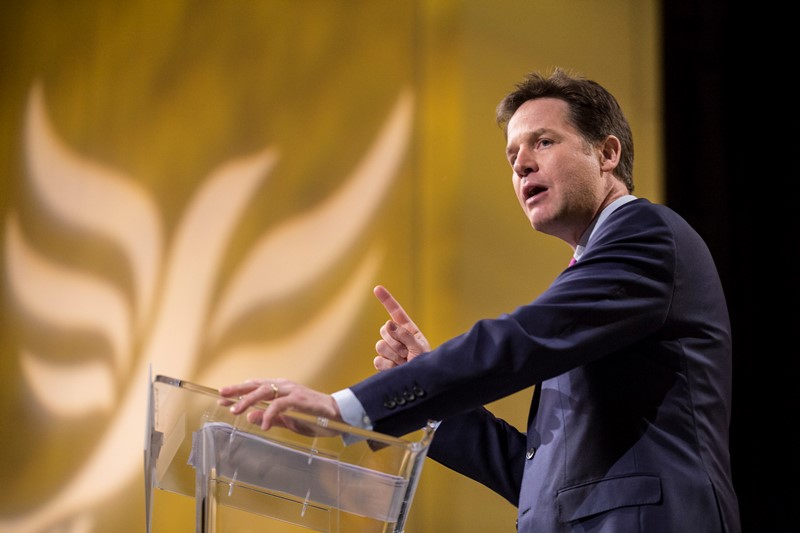 Nick will also outline what the Liberal Democrats have achieved in Government to create a stronger economy and fairer society.

He will highlight the Party's commitment to invest an extra £25m year in mental health services in Scotland, with a challenge to the SNP Scottish Government to do the same.

In his speech Nick is expected to say

"In England, the NHS needs an extra £8bn a year by 2020 in order to do that. That is what they have told us they need.

"Yet we are the only party to commit to it. Not Labour, not the Conservatives.

"That commitment means an extra £800m a year for the health service in Scotland - money that is desperately needed but no other party is prepared to give.

"Of course, it is up to the Scottish government whether it chooses to spend that money on the Scottish NHS or not. But that is exactly where I, and Willie, believe it must be spent.

"And it must be spent on Scottish health priorities.

"You have rightly campaigned against the SNP's neglect of the health service that has led to the A&E crisis.

"And I am very glad that, just as we have in Westminster, you are fighting to improve mental health services in Scotland.

"For too long, mental health has been treated as a Cinderella service, neglected and under-funded. The consequences have been devastating for millions of people.

"One in four of us will suffer a mental health condition at some point in our lives. One in four.

"Three children in every classroom has a mental health condition.

"That is unacceptable in modern Britain.

"We have started the work of undoing the neglect of mental health services in England but it cannot be done overnight. The Scottish Government must do the same.

"They can start by putting £25m a year into mental health services for children and young people.

"That is the money Scotland will receive as a result of us investing to improve these vital services in England in this week's Budget.

"Conference, this is a liberal mission. We must not allow people to be denied the support, treatment and opportunity they need to get better and live healthy, productive lives.

"And we must work every day to end the devastating stigma that surrounds mental health.

"That is why I am so incredibly proud that we are the first party to put equality for people with mental health problems on the front page of our manifesto."

"Give pensioners dignity in retirement.

"And it is because of that resilience that we can and will win this May.

"That resilience will see off the SNP challenge in the seats we hold.

"And it will wipe the smile off Alex Salmond's face in Gordon too.

"At least then he will have another defeat to write a book about.

"I've heard the predictions. I've seen the polls. But let me tell you this: we will do so much better than anyone thinks.

"In those seats where we are out in force, making our case loudly and proudly, we are the ones making the weather.

"I've seen it for myself in Liberal Democrat seats across the country - and it is just as true in Scotland as it is everywhere else.

"We are showing that with hard work, strong local campaigns and a record of delivering for people in Westminster, Holyrood and communities across Scotland, we can and will win.

"It won't be easy, but winning shouldn't be.

"We need to persuade people every day between now and May the 7th that their lives will be better with Liberal Democrat councillors making a difference in their communities, Liberal Democrat MPs and MSPs fighting their corner in Westminster and Holyrood, and Liberal Democrat ministers serving them in Government.

"Every Liberal Democrat elected in May makes our voice louder.

"So get out there and tell people what we have done to help them and their community. No one else will do it for us.

"Tell them how we have fought their corner in Holyrood and Westminster.

"Tell them what we have done to build a stronger economy and a fairer society.

"And tell that the Liberal Democrats are the only party that will keep Britain on track and govern for the whole country.

"Do that and we can and will win."