Stamping out the mental health stigma in sport

Liberal Democrat Leader and Deputy Prime Minister Nick Clegg is launching a new scheme to kick the mental health stigma out of sport.

Nick is being joined by a network of major sports organisations in blowing the whistle on mental health discrimination in sport. 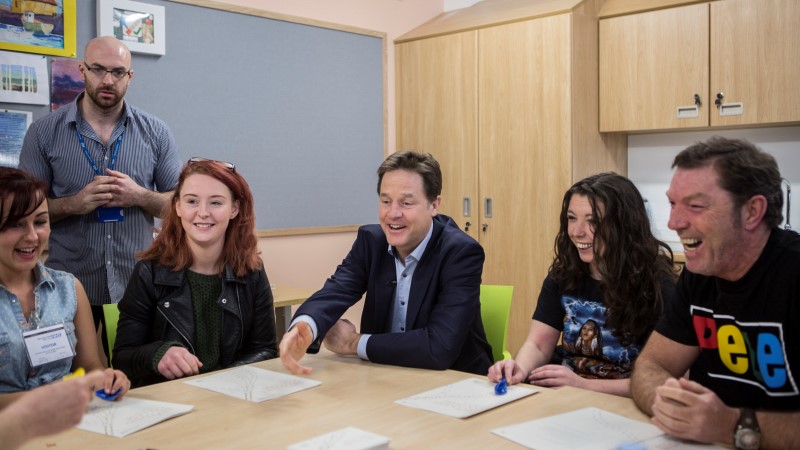 For the first time ever a group of organisations including the Rugby Football Union, the England and Wales Cricket Board and the Football Association will sign a charter committing to removing the stigma and prejudice around mental health from the pitch to the playground.

The Mental Health Charter for Sport and Recreation comes from a shared desire among national governing bodies of sport and players associations to raise awareness of mental health and to tackle the issues surrounding the discrimination of mental health in sport.

The launch of the charter marks a momentous day for mental health care in the UK. Through the power of sport we can bring mental health out of the shadows and help put an end to people suffering in silence.

One in four people will experience a mental health illness in their lifetime and elite sportsmen and women are no exception.

For the past three years the number of cricketers alone seeking help for mental health-related issues has doubled year-on-year.

And during the same time period, the Professional Players Federation has doubled the number of counsellors for footballers due to an increasing demand.

"Whether it's Wimbledon or the World Cup, the Olympics or the Open, we are a nation truly inspired by our sportsmen and women.

"But with one in four of us affected by mental illness in any year, we know that professional sportspeople are not immune.

"Out of the spotlight and away from the glare of the media, some have been fighting their own personal battles against mental illness.

"That's why today is such a momentous day for the nation's mental health.

"For the very first time we're standing together to help kick mental health discrimination out of sport, not just on the pitches but across the playgrounds, so that we can build a fairer society in which no one has to suffer in silence."

With exercise proven to be as effective as antidepressants for those with mild clinical depression, the charter will also encourage more people to take up sport to help with their mental and physical health.

The move follows a report from leading mental health charity MIND, in October last year, which called for a national network to tackle mental health in sport following an increasing number of testimonies from high profile sports people about their own mental health struggles.

The launch of the charter comes just days before the launch of the first ever access and waiting time standards as announced by Liberal Democrats in government to bring treatment for mental health problems on a par with physical health.

For the first time, from 5 April, most patients needing talking therapies - for conditions like depression - will be guaranteed the treatment they need in as little as 6 weeks, with a maximum wait of 18 weeks.