Tories are the party of job insecurity

The Conservative job creation plans have been branded as "totally meaningless", given their aim to let company bosses fire workers at will.

We already know what a Conservative jobs plan looks like. In government the Lib Dems blocked them allowing businesses to fire workers at will. They now plan savage cuts for the working age poor only to the benefit of very wealthy pensioners. 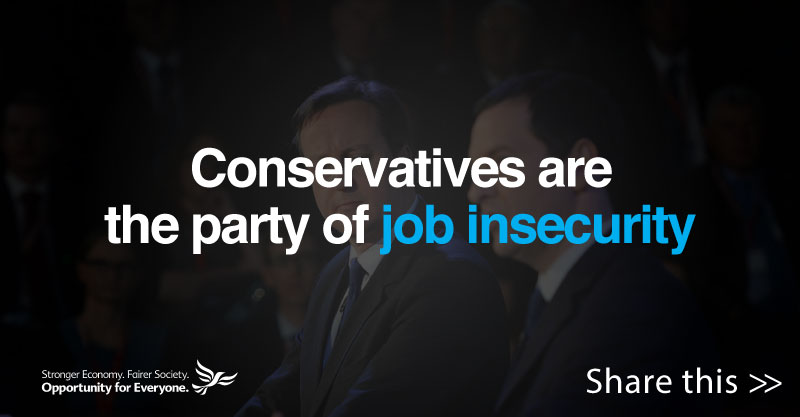 In government we secured over 2m new apprentices, record low unemployment, a record increase in the minimum wage, and transparency on the pay gap between men and women. Only the Liberal Democrats will create a stronger economy and a fairer society, delivering more jobs, more apprentices and fairer pay.