At a press conference today, Leader of the Liberal Democrats Nick Clegg issued a stark challenge to David Cameron and Ed Miliband, asking them to answer one simple question: "Will you, or will you not, give the NHS the £8bn a year by 2020 that it needs and tell us how you plan to fund it?"

Only the Liberal Democrats will give the NHS the funds that doctors have asked for. Our manifesto plans include £8bn a year by 2020 for the NHS, with £3.5bn dedicated to improving mental health services.

The Conservatives and Labour have repeatedly refused to give any detail on if, and how, they will properly fund the NHS, as requested by NHS England. 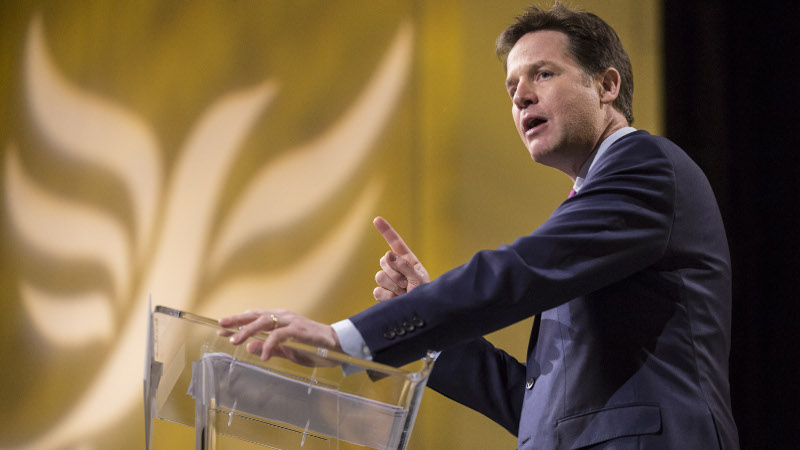 As it stands, there are now 9,500 more doctors and 7,500 more nurses now working in the NHS compared to when Labour were in power. Patient satisfaction is also at its highest rate for years.

Speaking alongside Nick, Liberal Democrat Health Spokesman Norman Lamb extended the challenge, calling on politicians to "come together after the election to take part in a non-partisan review of health and care budgets".

"Only the Liberal Democrats have a credible plan to finish the job of balancing the books and invest in our public services.

"And it is a plan that means that we can commit to giving the NHS the money it needs - an extra £8bn a year by 2020. That is how much Simon Stevens - the head of NHS England - has asked for.

"Our commitment also means at least £800m more for the health service in Scotland and £450m for Wales by 2020.

"Labour hasn't committed to it. The Conservatives tried to give the impression that they have, but they haven't.

"It is the Liberal Democrats who secured nearly £2bn for the NHS in the autumn statement - and that must continue.

"It is the Liberal Democrats who secured a further £250m in the budget which we want to raise to £1bn next year and every year, paid for by closing tax loopholes that only benefit the very wealthy.

"And it is only the Liberal Democrats who will make sure spending on the NHS rises with the economy later in the parliament to ensure it gets to the extra £8bn a year it needs by 2020.

"So, Ed Miliband, David Cameron, it's time to come clean. Will you, or will you not, give the NHS the £8bn a year by 2020 that it needs and tell us how you plan to fund it?

"The Liberal Democrats have. If you care about the NHS as much as you claim to, you should too."

"Our NHS is our most treasured public service and it is safe in Liberal Democrat hands.

"We have a strong record of delivery. We have increased NHS spending in real terms every year in this parliament, introduced the first ever waiting time standards in mental health and worked hard to join up health and social care so people with long term conditions get the help they need to stay healthy.

"I have called on all parties to come together after the election to take part in a non partisan review of health and care budgets so that we can identify the improvements the NHS can make to join up health and care and safeguard it for the future."