The Liberal Democrats have highlighted six tests that the Labour party have already failed on Brexit, in response to Keir Starmer's speech today.

These include failing to oppose the Government's hard Brexit plans, stand up for Britain's membership of the Single Market or give the British people the final say on the Brexit deal.

"The real tests on Brexit were set long ago and Labour failed them all.

"Labour has consistently failed to oppose this Government's reckless plans, choosing instead to give Theresa May a blank cheque to pursue a hard and divisive Brexit.

"They have waved the white flag on membership of the Single Market yet are now demanding we keep the exact same benefits. The hypocrisy is astounding.

"Even now, Keir Starmer is admitting Labour may at most abstain on the final Brexit deal even if the Government fails to meet the tests he has set. The public will see through his weasel words.

"The Liberal Democrats are the real opposition to the Conservative Brexit Government and the only party fighting for a Britain that is open, tolerant and united."

The six tests on Brexit Labour have already failed are:
• Opposing Theresa May's hard Brexit: Jeremy Corbyn and Keir Starmer ordered their MPs and Peers to vote in favour of Article 50 - even though the Government made no concessions to them whatsoever. They have given Theresa May a blank cheque for an economically disastrous hard Brexit. Even now, Labour has left open the option of voting for or abstaining on the final Brexit deal, showing how weak their position is. 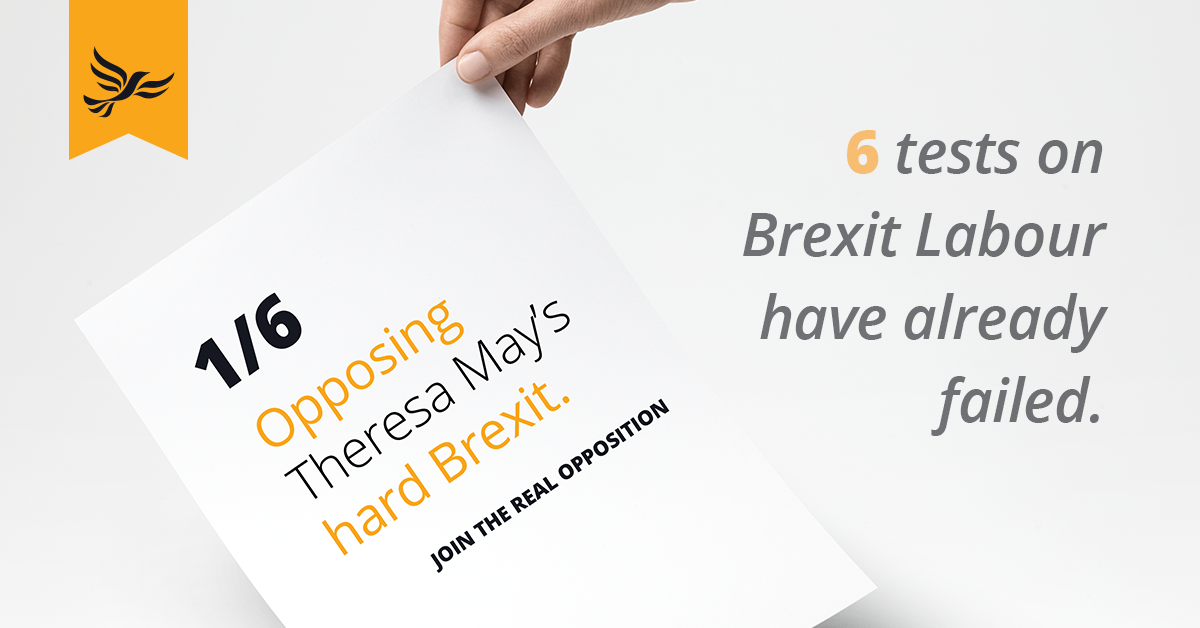 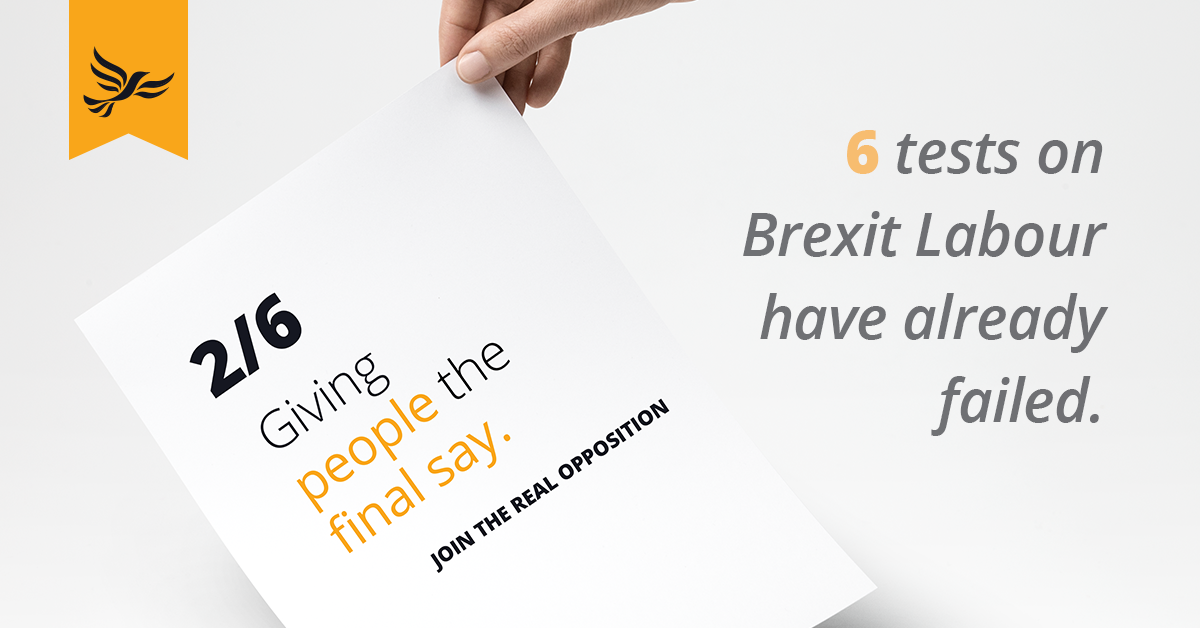 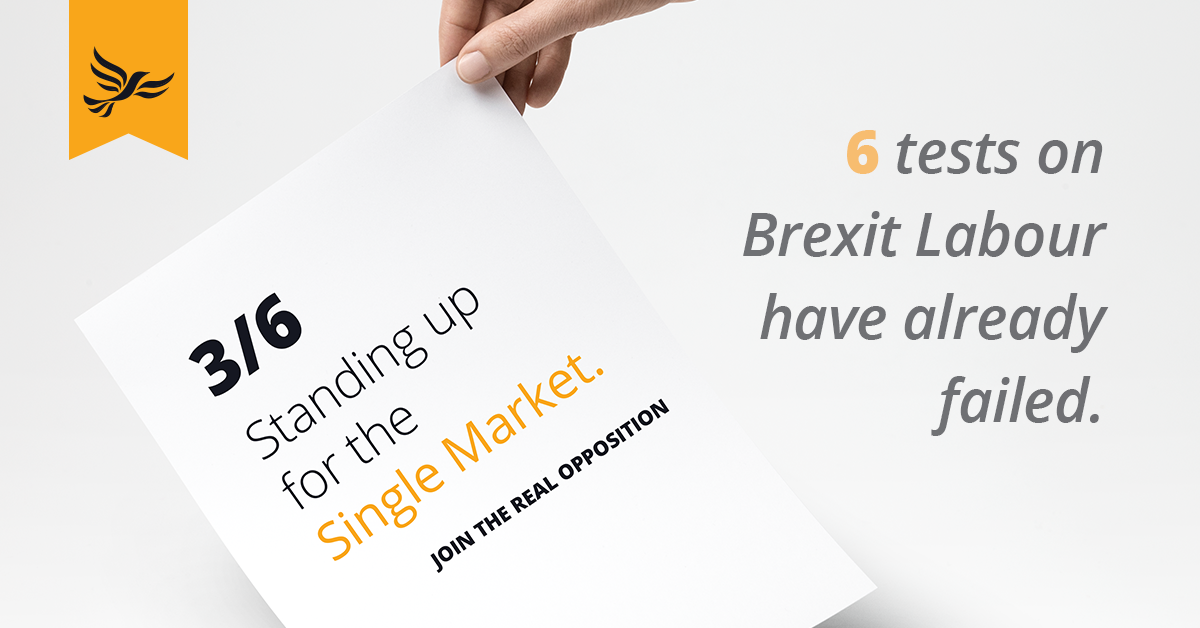 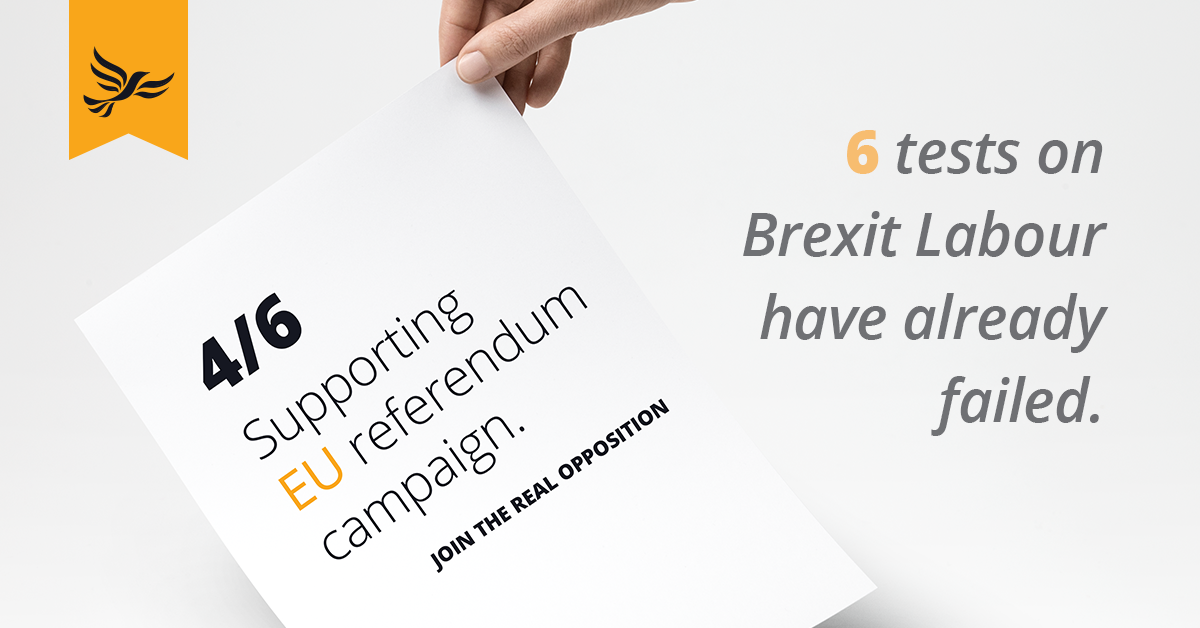 • Warning about economic risk of Brexit: Instead of warning about the threat posed to our economy and public finances, Labour's Shadow Chancellor John McDonnell has described Brexit as an "enormous opportunity" (link). The country is facing a £100 billion Brexit black hole in the budget, yet John McDonnell failed to mention the Single Market once in his recent speech ahead of the Spring Budget. 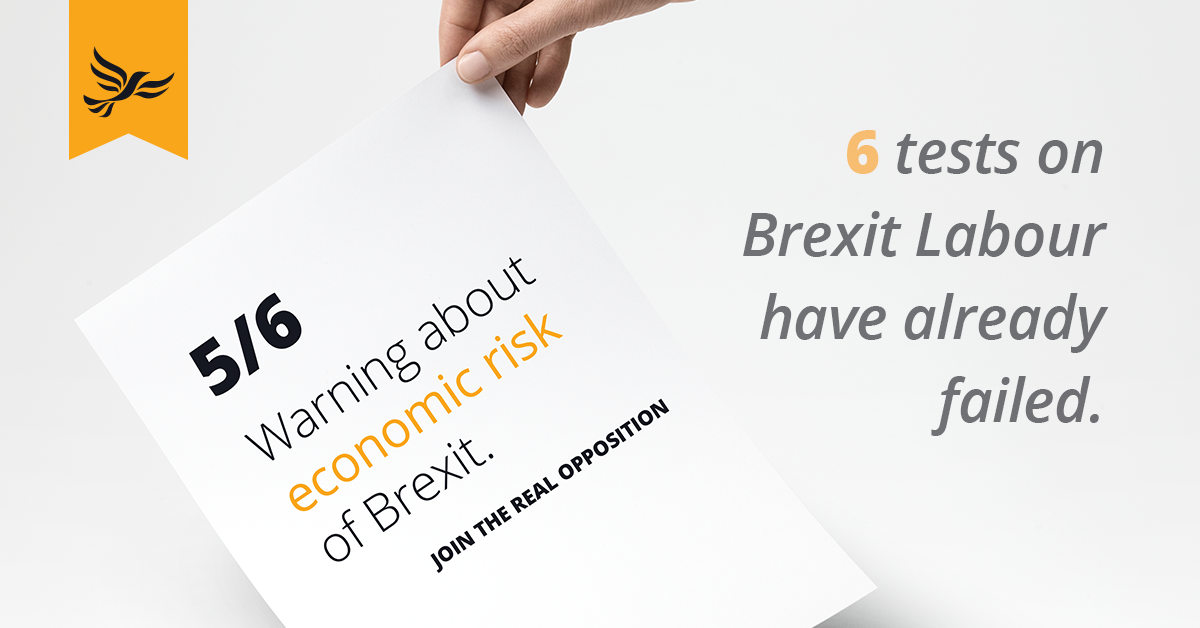 • Protecting the rights of EU citizens: Labour failed to keep supporting an amendment to the Article 50 Bill which would have protected the rights of the three million EU citizens living in the UK. Despite warm words, they have shown that they care more about pandering to UKIP than championing and protecting the vital role EU citizens play in our country. 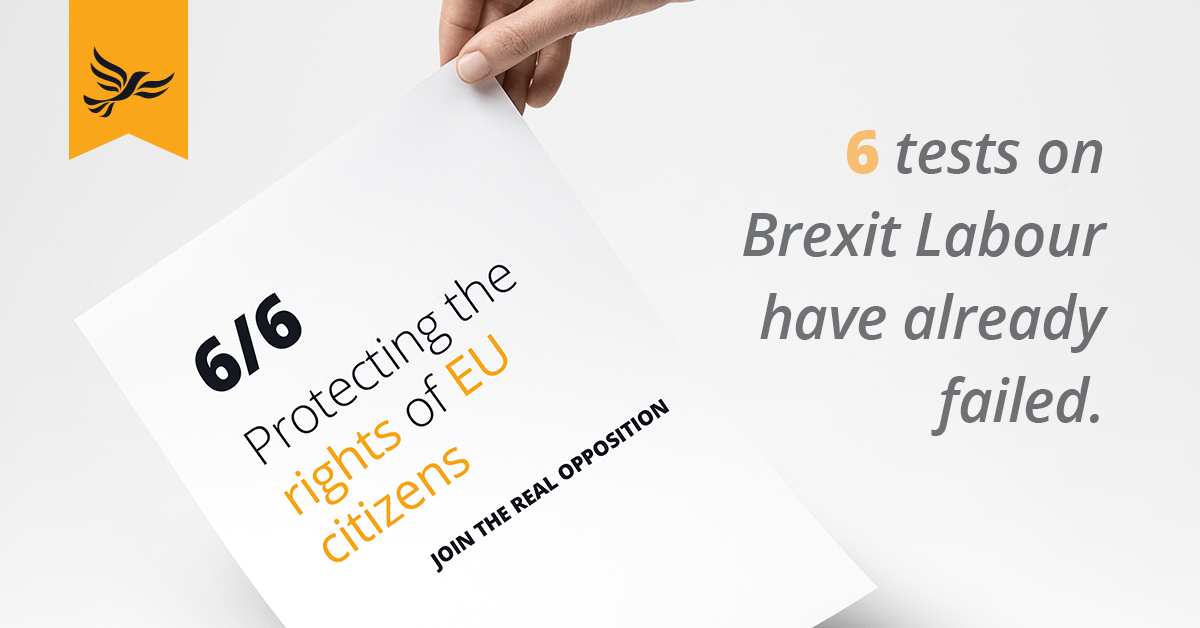