In her keynote speech Jo Swinson declared that the Liberal Democrats are the only party who will put people at the heart of the Fourth Industrial Revolution.

When society demanded better, it was liberals who delivered. The Fourth Industrial Revolution gives us the same opportunity, and Conference - we must deliver again.

The Deputy Leader explored how the fundamental basis of the social contract has been broken in the U.K. People are struggling to make ends meet while the rich and powerful play by a different set of rules.

On the topic of Brexit, she had a clear message for Jeremy Corbyn: "grow a backbone, stand up for the millions of people who voted for you and help us stop Brexit."

As for the SNP, the MP from East Dunbartonshire had this to say "The reality is that Scottish nationalists have a one-track mind. While the country edges closer to the precipice, they're manoeuvring to turn Brexit into the breakup of the UK."

But there is hope. Swinson explained how the revolutionary technological impact of the Fourth Industrial Revolution could be harnessed with true liberal leadership.

The President of the Liberal Democrats addressed Conference with a rallying cry to keep fighting Brexit:

"A year ago at Conference in Bournemouth I urged you to hold firm for our demand for a vote on the final Brexit deal, and that as a party we would still fight for our place in the EU because we knew - and still know - that it is best for Britain, and also best for the European Union."

Looking ahead, the President asked members to think to local elections next year and to retain an open mind towards Vince Cable's party reform proposals, building off the amazing local election results from earlier this year.

We were live with Tom Brake, Christine Jardine and Ed Davey today on Facebook. The videos are now posted on the Liberal Democrat Facebook page. Check them out here.

Tomorrow we will have Facebook Live interviews with Jamie Stone at 9:30am, Vince Cable at 2:15pm and Layla Moran at 3pm.

Be sure to check out all our livestreams, including speeches from the auditorium. 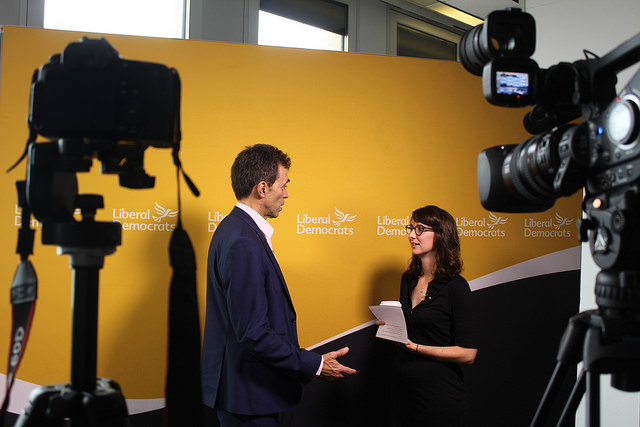 Conference passed a motion today to end discrimination based on mental health.

A key part of the motion calls on the Government to reform mental health laws so the 'mental disorder' test for involuntary detention and treatment is replaced with a 'mental capacity' test, so that a person cannot be involuntarily detained or treated unless they lack capacity.

Added to this, Conference reiterated its support for the Liberal Democrat policy of ensuring that mental health services are fully funded and given parity of esteem with physical health services, so that people can be given care without unnecessarily having to be detained.

The Liberal Democrats will fix our broken immigration system and make sure everyone is treated with dignity and respect.

The motion calls for an end to the hostile policies made by the Home Office under the Conservative Government and the wrongful blaming of immigrants for problems such as the housing crisis, low wages and the lack of social cohesion in too many communities.

With these ambitious, radical policies, the Liberal Democrats will fix our broken immigration system and make sure everyone is treated with dignity and respect."

Keep updated with all the motions

To stay up to date with all the news from Autumn Conference 2018, follow the news here.