Gina Miller delivered an impassioned speech on the need to continue with a unified fight against Brexit.

Let's be clear, in the debate we had in 2016 about Europe, there was scant idealism. Lies were told.

Miller called on people to put the national interest ahead of political divisions:

"Even though I am now politically independent, I am here to cheer you on, and to walk side by side with you all as Liberal Democrats seeking to stop the decay in our democracy, to stop the politics of division, to unite rather than to divide, to offer hope and to recognise that we must defend liberal values founded on equality of opportunity, tolerance, respect and humanity.
Above all things, humanity."

The Liberal Democrats are proud to have fought Brexit since the referendum, and we will continue to fight for an exit from Brexit.

Leader of the Welsh Liberal Democrats Jane Dodds took to the stage today.

We demand a Wales free from discrimination and bigotry.

"Too much of our politics attempts to divide our identities, as if having more than one identity is a betrayal of all of them."

More broadly, the Welsh Lib Dem Leader called for new reforms across the NHS, and developing a new green economy in the UK.

"There is huge potential to build an innovative green economy that provides clean, affordable and reliable energy for generations to come. However, the UK Government neglected this fact yet again and cancelled the Swansea Tidal Lagoon project." 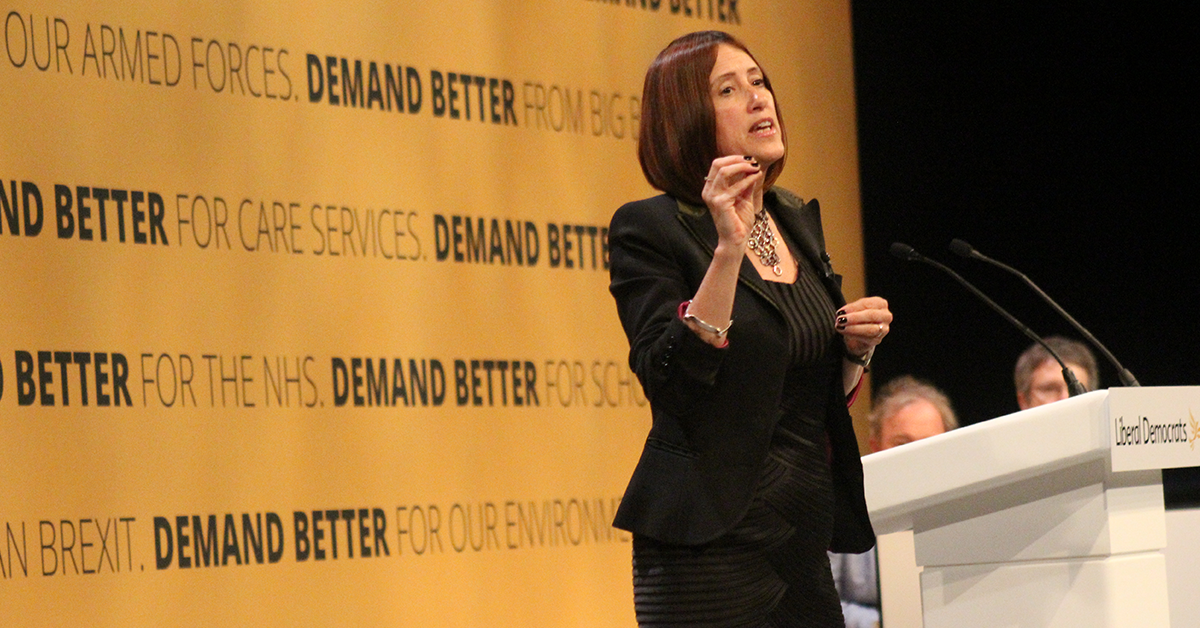 An Affordable, Secure Home for All

Today Lib Dem conference re-affirmed our party's long-standing commitment to build 300,000 homes a year over the next decade.

Under Liberal Democrat plans, local authorities will have the power to decide on the availability of Right to Buy in their areas - and Right to Buy receipts are to be reinvested in social housing. This ensures we build the houses this country needs.

Many of the areas around the country that voted for Brexit feel they have been left behind.

Today at conference, Liberal Democrats have voted for a comprehensive plan for replacing the broken business rates system.

Liberal Democrat leader Vince Cable said: "Business rates were a badly designed policy to begin with and have become an unacceptable drag on our economy.

They are a tax on productive investment at a time of chronically weak productivity growth, and a burden on high streets struggling to adapt to the rise of online retail."

The problem with plastics is not only on our shores. It is a problem that impacts the environment, communities and wildlife across the globe

Conference has demanded the Government initiate negotiations within the UN for a legally binding international treaty on plastics.

Tim Farron said "The problem with plastics is not only on our shores. It is a problem that impacts the environment, communities and wildlife across the globe."

The Liberal Democrats continue to fight for a cleaner, greener Britain. That's why we're focused on taking practical steps today to address real threats to our environment.

Keep updated with all the motions

To stay up to date with all the news from Autumn Conference 2018, follow the news here.