The latest Immigration Statistics, published this morning, show that 51,906 people are waiting for an initial decision on their asylum claims, an increase of 33% since last year. 31,516 have been waiting for more than six months, a 68% increase.

People who've come to the UK having fled war or persecution should welcomed, not trapped for months on just £5.39 a day

Currently, asylum seekers are banned from working while they wait for a decision and forced to rely on asylum support payments of only £37.75 a week - just £5.39 a day.

All of our MPs have written jointly to the Home Secretary urging her to increase asylum support by £20 a week during the coronavirus crisis - in line with the increase to Universal Credit. This matches calls from charities Refugee Action, the Salvation Army and others.

In the letter, we also called for asylum seekers to be given the right to work if they are waiting for a decision for more than three months.

This would allow them to fill essential roles during the pandemic, as well as to support themselves, integrate in their communities and contribute through taxation.

"The coronavirus crisis is leaving the most vulnerable in our society at risk. We must ensure no one is left behind.

People who've come to the UK having fled war or persecution should welcomed with compassion and enabled to contribute to our society, not trapped for months on just £5.39 a day - especially now during this pandemic.

The way the Home Office is treating these vulnerable people is appalling and unacceptable. The Government must urgently increase support for asylum seekers in line with the emergency increase for people on Universal Credit.

Ministers should also finally give asylum seekers the right to work, allowing them to fill essential roles during the pandemic, as well as giving them a sense of dignity, more money and the ability to contribute to the economy." 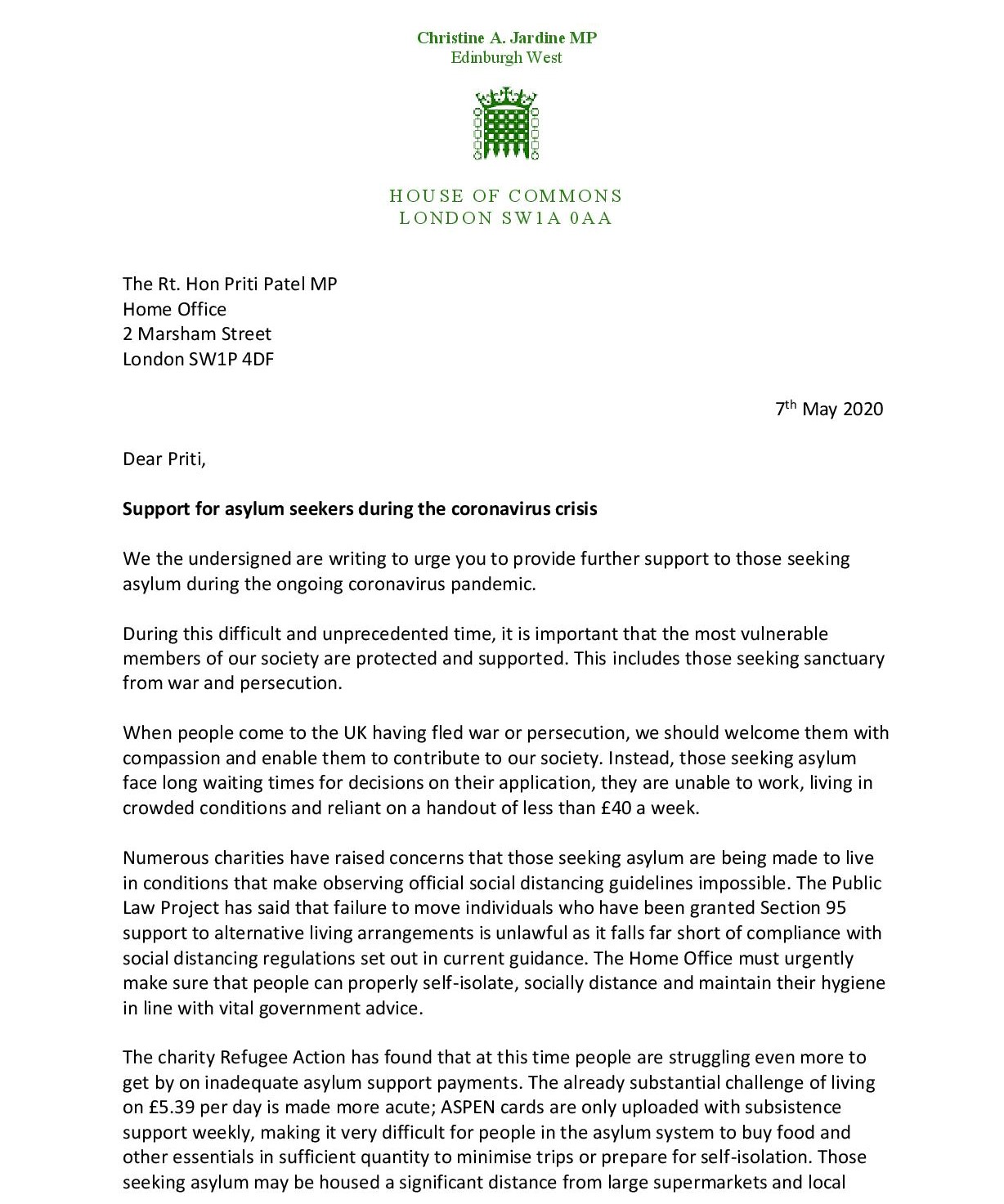 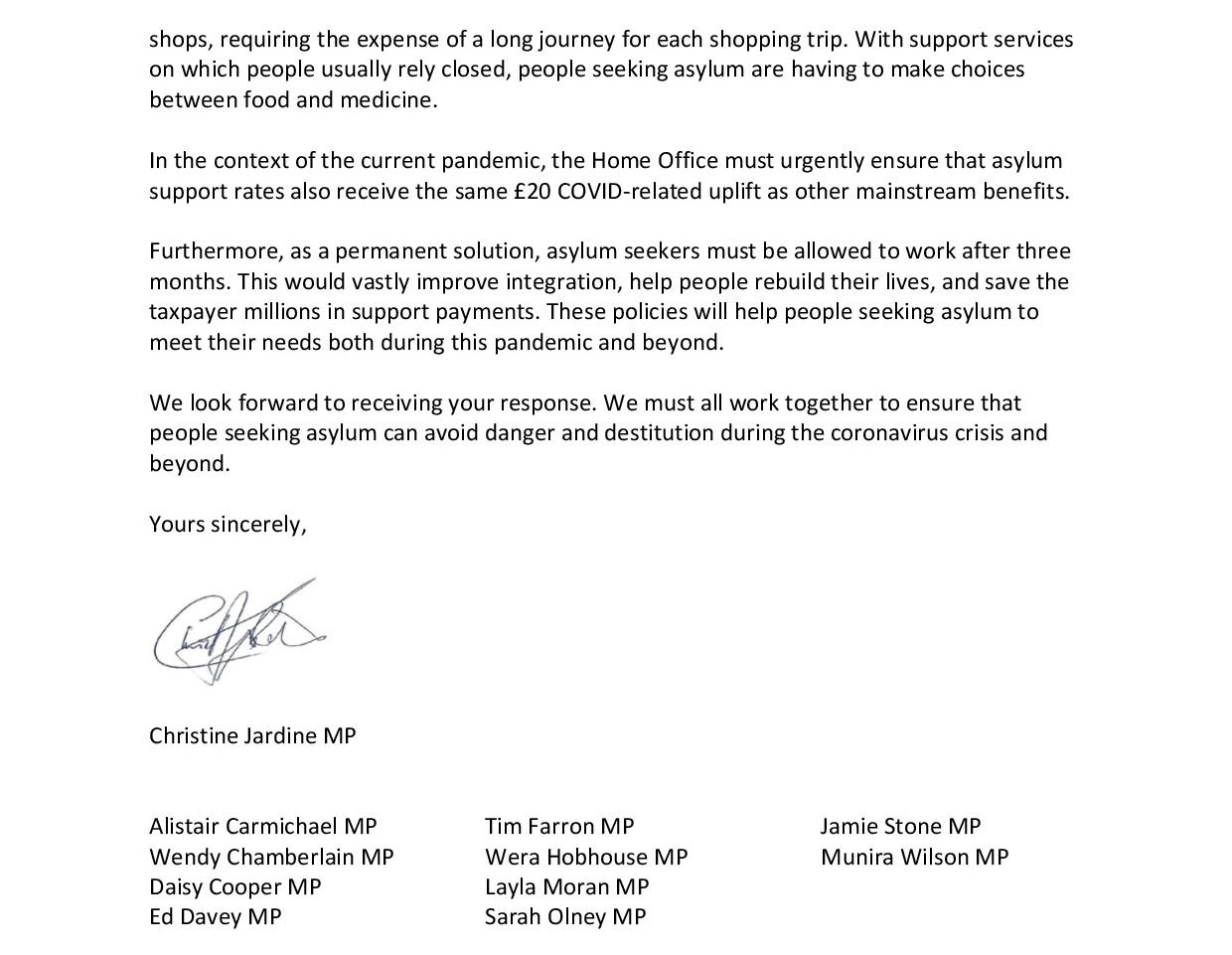